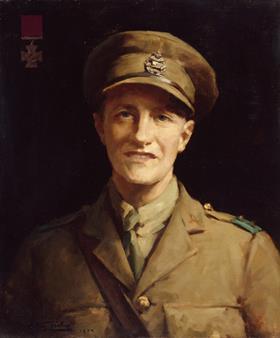 Only 628 Victoria Crosses were awarded during the war. At least two recipients - Angus Buchanan and Sir Geoffrey Vickers - went on to distinguished careers as solicitors after their education was interrupted by military service. Buchanan’s success was remarkable as he studied law after being blinded in the war.

However only one VC recipient appears in the Law Society's Record of Service as having entered the profession before he enlisted. Cecil Harold Sewell was articled to his father in Greenwich, London, when he enlisted at the age of 20 in the Royal West Kent Regiment. He obviously had a mechanical bent because he transferred to the Tank Corps on its formation in 1916, serving in the first lumbering monsters before transferring to the revolutionary 'Whippet'.

The Whippet light tank was an example of the remarkable technical innovation seen in the war, with a top speed of 25 miles per hour. It has a crew of three: a driver, a gunner and a commander, whose duties apart from yelling orders over the engine's din included helping fire four Hotchkiss machine guns fitted in the turret.

On 29 August 1918 Sewell was in command of a section of tanks supporting infantry who were advancing at Fremicourt near the Somme, in the '100 days offensive' which finally broke the German lines.

According to his citation in the London Gazette, one of the tanks under Sewell's command fell into a shell-hole, overturned and caught fire, with the crew trapped inside. Sewell left his own tank and crossed open ground under machine-gun fire to help, single-handedly digging away the earth blocking the escape hatch and freeing the crew. 'Having done this, he saw one of his own crew lying wounded behind his tank. He crossed the open ground to go to his assistance. Although hit while doing so, he reached the tank. Only few minutes later he was hit, fatally this time, while dressing his wounded driver.'

He was 23 and is buried at Vaulx Hill Cemetery, Pas-de-Calais, France. His brothers Harry and Herbert also died in the war.