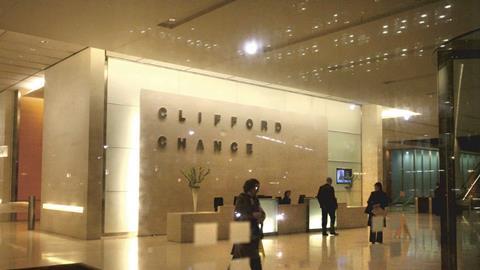 The percentage of trainees retained by magic circle firm Clifford Chance is down on previous years, the firm has revealed in one of the first announcements of the number of new associates joining elite firms’ ranks. Clifford Chance and Slaughter and May kicked off the autumn retention season by announcing they will take on 77% and 86% of their respective cohorts.

Canary Wharf-based Clifford Chance’s rate has declined on previous rounds. Of 47 trainees and 44 applications, 36 were offered a role, all of which were accepted. But the 77% retention rate is down on its spring 2018 round when it hired 92% (44 out of 48) of trainees. Last autumn the firm hired 42 of 52 trainees (81%).

A firm spokesperson said: 'Our overall retention rate remains broadly in line with previous years. We would like to congratulate all of our newly qualified associates, who we are confident will all play a key role in the ongoing success of the firm.’

Travers Smith, the only other firm to reveal its score so far, has retained all of its 21 trainees.

Firms recruit a batch of trainees twice a year, taking on a new cohort in the spring and autumn. The retention rate has emerged as a widely watched indicator of confidence in the lucrative City and international legal market.