Lord Dyson’s trenchant lectures covering wide-ranging topics from Magna Carta to asset inequality between litigants in the modern world are drawn together into one volume.

Lord Dyson, former master of the rolls, brings together in this beautifully presented volume a selection of his recent lectures.

As the title indicates, the collection focuses much of its energy on change. Law’s continual shifting sands of course – in (relatively) recent memory the codification of human rights, the Jackson reforms, the increased and increasing role of arbitration – but also changes in practice, especially in life at the bar, its ‘Byzantine’ practices giving way to a more modern institution (or, at least, a less retrospective one). 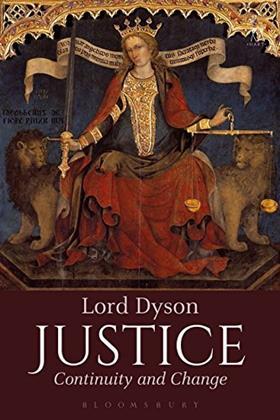 Speeches are sometimes difficult when recorded in writing, losing the intended colour and drama of voice. This collection, happily, remains accessible and dynamic, largely due to the personal pronoun and the willingness to give a view, particularly on the importance of human rights legislation.

The lectures cover the period from 2010-2016 (in the main) and are loosely grouped into four strands of thought: the common law and the power of judges, human rights, the Magna Carta and the rule of law and access to justice. The selection is rounded off with personal reflections, providing insight of interest to younger or would-be lawyers, with frequent musings on the accident of career. The grandson of Lithuanian immigrants, grammar school boy, accepted to Oxford, the construction law practice within which he made his name a result of circumstance – despite being ‘not practical and not interested in technical things’… sometimes you fall into what you love.

The speeches are considered and wide-ranging, as might be expected. An exemplar: one presentation deals with the Magna Carta, its trajectory gracefully moving from the importance of its insistence that merchants be granted freedom of movement and that waterways, the lifeblood of the merchant class, be unimpeded (early free-movement of people and goods), through to the impact of asset inequality between litigants in the modern world and the resulting impact on democracy and the rule of law (kings, barons and paupers, even now).

The work is richer in ideas than may be communicated in this brief review, but (as one might anticipate from a life-long lawyer) a passionate concern with his subject is apparent throughout. Highly readable as a result of its episodic structure, this will be of interest not only to legal practitioners and students, but anyone with a curiosity about the democratic principle and the constant role of law in upholding it, despite (perhaps because) of its capacity for change.