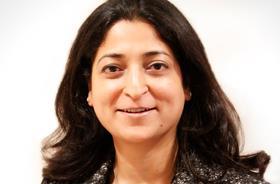 Born and brought up in India I moved to the UK decades ago and my sibling immigrated to Canada a few years ago.

After my sibling’s departure to Canada with his family, my parents who are old and in good health and live in India became very lonely. Disheartened to see their plight via modern means of communication, both my sibling and I invited them to come and spend time with us.

We started the process of applying for a Canadian visa and it soon became apparent that there was a stark contrast not only in the fees charged but also the level of humanity and respect the Canadian immigration rules provided for elderly parents of immigrants. The entire process was seamless and their visas were issued within eight weeks. This included the time taken to arrange medical appointments and for doctors to send their reports to the Canadian Embassy.

A visitor visa to Canada costs $100 and is granted for up to 10 years. Whereas a visitor visa to the UK costs £93 if applying for 6 months, £350 for two years, £636 for five years and a whopping £798 for 10 years. Despite the extortionate fee that has to be paid, one has to keep their fingers crossed that the immigration officer deciding the application deems their intentions consistent with that of a visitor. Should they deem it otherwise, a visa is most likely to be refused. Should the decision be favourable, a six-month visa may be granted even if a visa for a longer duration was applied for and a higher fee paid. So you can pay £798 for a 10 years visa but only end up being granted six months.

The most remarkable part of the Canadian immigration system is that it offers the immigrant population the right to have their families with them, which includes not just children under 18 but also their parents and grandparents. Unlike the UK, Canada offers Parent and Grandparent Super Visa (Super Visa), which is a multiple entry visa granted for 10 years or the length of the validity of the passport, whichever is longer. The Super visa costs the same as a visitor visa but differs significantly from it. While visitors are permitted to stay for up to six months, those with a Super Visa can visit family in Canada and stay for up to two years each visit during the validity of the visa. So parents can spend two years in Canada and then leave the country for a day and re enter for another two years. There are other requirements, which must be satisfied such as a minimum income threshold, health insurance etc. following which a visa is granted for 10 years or the length of passport.

These are family-friendly rules, which provide tremendous support to the immigrant in a new country and enables them to integrate more easily. These rules are also recognition of the role parents play in their children’s lives, not only when they are young but also when they are grown up by providing additional familial support with, for instance, the raising of grandchildren.

However, the right to sponsor parents under a Super Visa are non-existent under the UK immigration rules. Unless, of course, one is able to prove that because of their parents’ age, illness or disability, they require long-term personal care that can only be provided in the UK by the sponsor. Parents in good health have lesser rights to be with their children and can only be visitor parents to their UK immigrant children. If they are in poor health and require long-term personal care of their UK sponsor, the cost of their visa application is £3250. And the success rate is grim.

The government’s refusal to introduce a Super Visa in the UK, on the pretext that ’important considerations against the Immigration Rules would not be applied consistently and could raise equality concerns’, does not give much hope for now. It is, however, questionable how introducing a family income threshold along with the requirement of having health insurance and a condition of no recourse to public funds, raises equality concerns any more or different to those which are already applied under other immigration routes such as partners/spouses.

Dependent relatives and elderly parents is an area of immigration law that affects many and there is a call for the current rules to be replaced with a more humane one to make the current system a ’fairer, more compassionate immigration system’.

The difference between the systems of the two countries is stark not only in policy but in practice too. The Canadian visa application process can be completed online and attendance at a visa application centre is required, once the decision to grant a visa is made. Conversely, the UK immigration application is not considered until the biometrics appointment and original documents are submitted in person. Despite submitting the original documents, the application can still be refused because the entry clearance officer cannot tell the difference between electronic documents and photocopies. So it is a matter of whether your application has gone in on a good or bad day.

Pleased with the outcome of my parents’ Canadian visa application, we then applied for their UK Visitor Visa, which is stated to take around four weeks. We were unwisely hoping that the immigration officer deciding their application would see their Canadian Super Visa and without difficulty grant the application within the stipulated timeframe.

In the excitement for the family get together, we made several bookings. First, my parents flights to Canada via the UK were booked, before their UK application was submitted. There was still a six weeks window, which, in my view, and in normal circumstances is nothing out of the ordinary, as the visa processing time is 4 weeks. Hotel bookings were made near the airport in India before their departure (as my parents live an 8 hours drive from the airport) then I booked myself on the same flight as my parents from the UK to Canada, and another hotel booking for best falls view – Niagara Falls - two days after our arrival date in Canada.

Almost 3 weeks into the processing of their UK visitor visa application, we received an email from UK Visas & Immigration with an update that the processing of my parents’ Visitor Visa application is complex so it will not be decided in the said timeframe. Our excitement disappeared in the click of an email. But fortunately, their visa was received in time for the booked flight, after a lot of chasing up and a complaint.

The difference between the systems of the two countries became noticeably apparent - under the UK system, immigration officers suspect applicants until they find nothing, so you are guilty until proven innocent, while it is otherwise with Canada.

What is of disquiet to many in a similar position to me is that while other nations have humane rules, the UK expects you to abandon the life that you have spent a lifetime building, to care for your parents if they do not meet the threshold of severity of incapacity, or you have to be prepared to have parents as visitors only until they become terminally ill. This is deplorable and change is desperately needed.