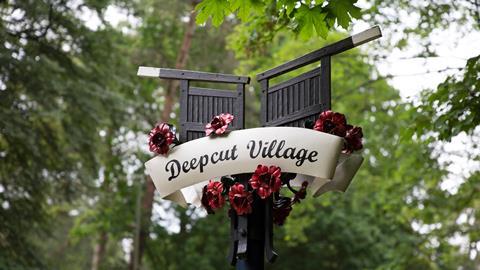 Deepcut: a cry for change

Deepcut barracks has systemically been accused of failing its young soldiers, by harbouring a highly sexualised and abusive culture, where bullying and harassment was often seen as the norm. Four young soldiers under the trusted care of Deepcut: Pte Sean Benton, Pte Cheryl James, Pte Geoff Gray and Pte James Collinson all sadly died from gunshot wounds between 1995 and 2002. The MoD insisted that these deaths were all suicides, but the initial inquests returned three open verdicts and only one of suicide.

Those inquests left many unanswered question with the families who were left quite rightly feeling aggrieved. Consequently, over the years, the families and their legal teams have worked tirelessly on their campaigns and have succeeded in their fight for fresh inquests into the deaths of three of the soldiers: Pte Sean Benton, Pte Cheryl James, Pte Geoff Gray. It is hoped that it would shine a light on the issues at Deepcut, which were previously dismissed by the MoD.

The fresh inquest into Pte Cheryl James revealed that the provision of welfare support fell well below military standards. Life at the barracks were characterised as chaotic and dangerous for the young trainees, who had unrestricted access to alcohol with minimal supervision. It was also found to have a ‘sexualised’ atmosphere. However, the inquest did not shine a light on the wider culture of abuse at Deepcut and the Coroner held that her wounds were self-inflicted. Brigadier John Donnelly, the army’s former director of personal services, apologised for the low levels of supervision and stated that change is a continuous process.

This led to the family of Pte Sean Benton fighting for a fresh inquiry into his death. The inquest is currently being heard at Woking Coroner’s Court. His Honour Judge Peter Rook QC has heard claims of bullying at Deepcut by Pte Benton’s instructors. Sgt Andrew Gavaghan, described as a ‘psychopath’, and Cpl Martin Holder, both had been seen pulling him out of a parade and punching him repeatedly. A witness, who was at the barracks after Pte Benton’s death said Sgt Gavaghan would attack, 'spit or abuse junior soldiers on a daily basis'. The inquest continues.

Not all service personnel are victims of abuse in its varying forms. However, its prevalence is indicated in the 2016 Annual Report of the Service Complaint Ombudsman. Of those who complained, almost 43% of females and 61% of Black, Asian and Minority and Ethnic (BAME) military personnel complained of bullying, discrimination and harrassment. We know given the deeply rooted culture of fear in coming forward, these figures could well be the tip of the iceberg and therefore masking the true extent of the problem.

According to the latest ‘Armed Forces Continuous Attitude Survey’ the top three reasons why personnel experiencing bullying, discrimination and/or harassment do not make a formal written complaint are: not believing anything would be done if a complaint was made (59%); belief that it might adversely affect their career (52%) and worry about recriminations from the perpetrators (32%).

It is of paramount importance, in my view, that those young recruits, vulnerable to such abuse should have access to and faith in a complaints system that will address their grievance objectively and openly.

Those in a position of trust must encourage victims to make a service complaint within three months of an incident. Each year, hundreds of formal service complaints are made in respect of improper behaviour and bullying. This system hasn’t always worked effectively, and Nicola Williams (the Service Complaints Commissioner) has recognised this. This year’s Annual Report of the Service Complaint Ombudsman is eagerly awaited. It ought to shed light on the improvements she undertook to make to the system.

Failure to make a service complaint, or have it fairly heard, can prejudice civil proceedings, and deny victims legal redress. As with any other public body, any serious allegations of abuse should be arbitrated by an independent body, and by civilian police, so that victims and their families are afforded due process. The MoD must be held to account for the mistakes made at Deepcut and engage in a culture of change. It is an absolute tragedy that it has taken nearly a decade for the state to take responsibility and investigate the truth.