How much did divorce law change in 2018? 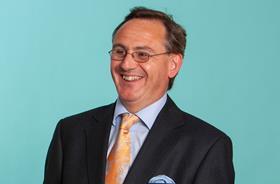 Winston Churchill once remarked, ’To improve is to change; to be perfect is to change often.’ On this basis, our divorce law is far from perfect but 2018 seems to have been a year of improvement. Often maligned as one of our most archaic and out of touch areas of legislation, many people have spent a long time trying to get the laws concerning divorce to adequately reflect our modern and quickly transforming society. This year it has been hard to escape news reports hailing that transformation is finally on the horizon for our divorce laws – but has anything actually changed? And what does 2019 hold?

You don’t need me to tell you the two most important cases of 2018 regarding divorce were Mills v Mills and Owens v Owens.

A quick recap: in July, the Supreme Court unanimously rejected Tini Owens’ appeal, meaning she will have to stay married to her estranged husband until 2020. The claim was rejected because her legal team were unable to prove that their relationship had broken down as a result of unreasonable behaviour and she was unable to establish any other ground for divorce.

So far, so similar – this case didn’t change the status quo but many commentators have argued the case and its surrounding publicity has put the pressure on for the introduction of no-fault divorce. And we might actually see change in this regard – the government’s consultation ‘proposes adjusting what the law requires to bring a legal end to a marriage that has broken down irretrievably. This adjustment includes removing the ability to allege ‘fault’ and closed on 10 December. 2019 may well be the year we see real change in this area.

Maintenance payments and the so-called ‘meal ticket for life’ was also a big issue in 2018, with the case of Mills v Mills clarifying an important legal point. In this case, the Supreme Court confirmed that an ex-partner will not be liable for the losses of their wife or husband and Mr Mills did not have to increase the amount of spousal support he was paying. This case reflected a broader shift in the courts – more and more judges are expecting couples to move towards financial independence as quickly as possible after a divorce and although there are not any firm plans in place to change the law, I’d expect to see rulings regarding financial orders to continue to move in this direction.

A real success of 2018 which will continue to impact 2019 was the introduction of an online divorce process. The pilot was deemed a success and the government rolled out its online divorce service in May.

Sir James Munby, president of the High Court’s Family Division, has predicted that within four years most divorce cases will leave the courtroom and be dealt with online instead.

The pilot saw 1,000 petitions issued and a resounding 91% of people said they were satisfied with the new service. This was a positive step forward in modernising the divorce process and hopefully in 2019 we will continue to see the impacts of this change on our congested courts.

Litigants in person in divorce cases was a prevailing trend for 2018 and one we expect to see continue into 2019. Around 80 per cent of family cases currently involve at least one party representing themselves and this inevitably sees protracted and delayed cases as litigants in person are unfamiliar with the law. However, we could see the courts adapting in 2019 to this trend as judges’ treatment of litigants in person has been highlighted recently.

Global Corporate Ltd v Hale [2017] EWHC 2277 (Ch) 13 was not a divorce case but did see three appeal judges criticise how the High Court handled the case. Petten LJ stated that His Honour Judge Matthews had posed ‘highly leading’ questions to the involved litigant in person, Hale, and his cross-examination was ‘inappropriate’. This case emphasised the problems facing judges when presented with a litigant in person and we could see some changes in this regard, or at least a heightened focus on this issue in 2019.

We’re also likely to see civil partnerships for heterosexual couples introduced with legislation in 2019 – this will be interesting and will change the current landscape, offering a new alternative to couples.

Finally, we are likely to see the numbers of litigation funders continue to grow in the divorce space in the coming year. Changes to legal aid introduced by the Legal Aid, Sentencing and Punishment of Offenders Act 2012 continue to impact couples who may struggle to finance a divorce and plenty of new finance providers have moved into this market recently.

All in all, 2018 was a year of change for divorce in the UK and although we have not seen all the necessary legislation needed to fully modernise the divorce process, we are moving in the right direction. To return to Churchill’s quote, we are not quite on the path to perfection, but 2018 has taken the first tentative steps.