London as an international dispute hub

Any room for complacency?

The pre-eminence of London both in courts and arbitration as the forum for resolving disputes, particularly for international parties, is without doubt. Portland’s annual Commercial Courts Report 2018 said that, from their analysis of 158 cases heard in the UK commercial courts between March 2017 and April 2018, almost 60% of the parties came from outside the UK. London courts have a proven track record of resolving international disputes, most likely because of the perceived advantages of its adversarial system, established and clear laws, widely enforceable court rulings and recognition of the judiciary’s impartiality. However, in a competitive, millennial-driven post-Brexit world, where people increasingly want choices and options, there is no room for complacency. 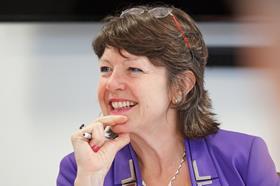 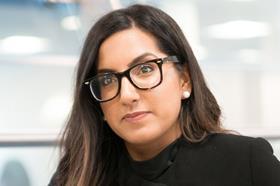 Brexit (be it 'no deal', 'compromise' or 'bad deal') has presented opportunities to other emerging dispute resolution centres such as Dubai, Singapore, New York, Frankfurt and Paris, to name but a few, who are looking to capture some of London’s share of the extremely lucrative international disputes market. This has focussed the minds of those operating in the UK dispute arena as to how they not only maintain their status as a world leader, but also improve and make themselves even better and more competitive.

Whilst the London Commercial Courts meet the demands of businesses which are operating multi-jurisdictionally and handling complex high value financial and commercial disputes, others are now all the more frequently seen as potential rivals to London’s pre-eminence. Since the Brexit vote, locations such as Paris, Dublin, Amsterdam, Brussels and Frankfurt have announced plans to establish English language courts to hear commercial disputes, using common law features.

Singapore, for example, through the Singapore International Commercial Court (SICC) has grown substantially over the last 20 years, and is now widely regarded as a very competent international dispute hub. It did this by adopting a deliberate strategy which involved the reform of laws and regulations, development of infrastructure as well as a dedicated effort to inform the world’s businesses of their offering. Location remains a contributory factor, and so Singapore has also sought to adapt itself for a future in dealing with international disputes.

Some participants see the legal system in London as slow and expensive and, whilst progress has been made with the Civil Procedure Rules to speed up the time from inception to trial and the management of cases along that path, improvements and modernisation are always needed. Fortunately, that is recognised by those involved in setting the rules and procedures, and we have recognition of the need to move with the times.

A good example is the Court Disclosure Pilot Scheme, introduced on 1 January 2019, which is one of the current progressive initiatives focused on modernising and making more efficient the previously convoluted and costly process of disclosure of documents in court proceedings. This is not the only significant change under consideration; there are other reforms on the horizon. For example, the recent launch of a survey by Mr Justice Popplewell, one of London’s commercial court judges, on the current rules and practices for factual witness evidence has shown that this is also an area for improvement. This survey asks whether witness statements should be retained in their current incarnation, with modifications, or whether the court should return to the historic approach of oral examination-in-chief of witnesses in person at trial. The aim will be to ascertain how court users view the current system and gauge recommendations on possible reform. Such changes are being proactively implemented to encourage efficiency and reduce costs.

Modernisation is necessary in the UK. The danger of standing still and holding onto the existing system and rules is that this is, in reality, leaving the UK behind its international competitors. It would soon be at risk of being overtaken by the emerging international dispute resolution centres. There is always room for improvement to progress and maintain our international reputation, particularly at a time where competition is rife.

Technology remains key to London’s position as a state of the art dispute resolution centre. UK law firms continue to invest heavily in AI and other forms of technology to help speed up and streamline the litigation process to ensure that we can continue to lead the way as a world leader. The courts are also gradually introducing more technology to their own systems, though more investment is required to match the levels of technology held by its users.

A lot has been said about the jurisdiction, recognition and enforcement of judgments post-Brexit, particularly the current uncertainty as to what, if any Brexit deal, the UK may have. At present no one knows what may transpire. The Portland Report commented that 'if following a so-called "hard-Brexit" the Recast Brussels I Regulation is not kept, rulings made in the London Commercial Courts will no longer be enforceable in the European Union. This could in turn make London a less attractive litigation destination. Potential litigants may look to other European Union courts for relief.' One hopes this will not be allowed to happen, as it would be an own goal to London in the race for pre-eminence as a world centre for dispute resolution. We have to hope that the Brussels Recast 1 Regulation will create a coherent regime of reciprocal enforcement post-Brexit, as well as addressing issues of jurisdiction in international disputes.

The message is clear – the London courts are pre-eminent. However, in order to stay that way their users have a key role to play. We must embrace modernising reforms and be proactive in making sure that any changes work well to ensure improvements and efficiencies are achieved without any perceived or actual lowering of the quality of justice being dispensed. Whilst the outcome of Brexit still remains uncertain, what is clear is that we must not be left on the sidelines of international dispute resolution through complacency.