The Law Society has today called for a moratorium on any fresh extension of fixed recoverable costs in civil litigation to allow court reforms to bed in. More changes now risk prejudicing the interests of disadvantaged groups, Chancery Lane argues, and if any are implemented they must be properly piloted.

The government’s consultation on implementing Sir Rupert Jackson’s 2017 recommendations has generated divergent opinions among solicitors. In its own response, representative body the Society says it supports the principle of fixed recoverable costs for low value and non-complex claims. However, it believes the ’court reform jigsaw is too chaotic’ to implement further changes at present. 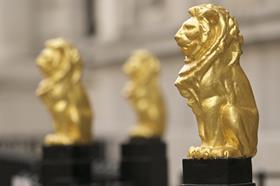 President Christina Blacklaws warns that ‘there is a genuine risk with more complex claims that the vulnerable and the less well-off will be left unable to seek justice’.

She adds: ‘In any case the further upheaval of changing the rules while the effects of court reforms remain unclear mean we cannot support the proposals in the consultation. A regime to limit the recoverable costs of civil litigation will need to be carefully calibrated if it is to be fair to everyone engaged in a claim. But there is too little data underpinning the government’s proposals to guarantee the appropriateness of the proposed fixed recoverable costs which would apply across almost the entire spectrum of civil litigation.’

Chancery Lane goes on to state that if fixed recoverable costs are to be rolled out across the board, and eventually higher than £100,000, ‘genuine’ pilot schemes should be considered to understand the impact on the justice system. Further consideration should also be giving to bespoke schemes, it adds, similar to those for noise-induced hearing loss and clinical negligence. Housing is cited as one example.

The Society also warns that the proposals could increase the number of unmeritorious civil cases because at present there are only high costs for an unsuccessful party if they pursue such a case, or a claim which they should have settled.