Tracy Drynan answers questions on the most effective way to uncover the secrets hidden in a corporate’s data. (Sponsored content.) 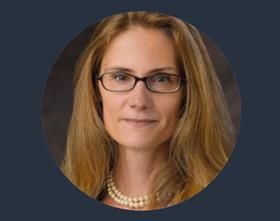 General counsel have been grappling with huge data volumes for decades, but what fresh challenges has the pandemic brought?

When the pandemic hit, a shortage of laptops meant everyone began using personal devices. But many companies lack policies and procedures covering the control of the data on these devices; so when they need to investigate something, they can find they don’t have access to that data. There’s also much more variation in the types of data, with many conversations now taking place over Teams, for example.

When do GCs need to conduct a document review; is it always related to litigation?

Not at all. It might be in response to a regulator’s request for information, or because the GC wants to investigate something internally; for example after a whistleblowing incident. GCs want to be able to assess their organisation’s vulnerabilities. In the litigation context, an internal investigation that uncovers wrongdoing can prompt a decision to settle, saving millions of dollars in legal fees.

Outside of litigation, GCs can have a very limited budget for document review. But it doesn’t need to be expensive, if you take a strategic approach using a small team of people. My last three investigations were all internal investigations, with no looming threat of litigation. In the last one, for example, a company was trying to understand how an employee had managed to abscond with more than $500,000 at the height of the pandemic. We found signs of deleted data and ultimately discovered that she had been using her computer to create realistic-looking false invoices, which she charged to the company.

Is it time for a new approach to document review?

So-called ‘classic’ e-disclosure is a necessary evil, because a review being carried out for a disclosure request in litigation is always worded broadly – they want the kitchen sink. So the objective of a classic review is to be broadly overinclusive, and throw stuff over the wall to the other side.

But there’s an assumption that out of all that, you’ll also get a smaller pile of ‘hot’ documents that will give you the story about what is going on. That assumption is misplaced, because getting the story wasn’t the objective of that very broad, classic review. The better way to achieve this is to use a small strike team. They can work in parallel to the review team, but the strike team’s whole mission is to find out where the bodies are buried. To do that, they need access to the full dataset - whether it’s 4 million documents, or 10 million. If the strike team runs into something curious, they can then piece it together from elsewhere in the data.

If you simply throw things over the wall but do not deploy a strategic team to find the story, then when the opposing team goes on the hunt, it will find the things that you missed.

How does a strategic team ‘find the story’?

You need a small team of two to five people, who can become completely immersed in the data. We attack the entire database. Humans are firmly in the driving seat, but the technology is very helpful in augmenting our capabilities. Every case is different, and we use the technology tools differently.

If I know that there’s a suspicion of fraud or insider trading, for example, that rarely involves more than a few people, so I try to find out who the players are. Who’s been talking to whom at 2am? I use communications analytics, histograms and language analysis tools to give me a picture of who is talking to whom, who is stressed, who is spiking late at night.

In one recent case in which two big businesses were suing one another, we started with an internal investigation. Because we use the whole dataset, we found a personal email that predictive technology would have filtered out as irrelevant. As it had been sent through the company server, we were able to access it (under US rules), and it revealed that our client’s vice-president was having an affair. When we then received the opposing party’s disclosure, it included sensitive data that we hadn’t given them. Our analysis showed this was last been edited by the employee in question; and she confessed to having passed on the information. Her affair was with the opposing company’s VP.

How would you like to see document review technology develop in future?

We’ve seen much hype about the power of the information retrieval science over recent years. You can identify patterns in the commercial and consumer worlds, but in the legal world, your need to be accurate is higher. I feel that too often, we’re hoping for an easy button to press; but in reality things are not quite that simple. So I’d like to see the partnership between humans and technology develop, acknowledging that the more powerful tools we now have at our disposal need new skills in order to get the best out of them.

Tools aren’t at a point where they’re as smart as the human brain, but they do identify patterns and traverse huge quantities of data quickly. When our tools are pointed in the right direction with the correct skills, they unearth valuable data points and insight, so that large data sets can be explored much more efficiently.

Maybe in the future they will be more self-sufficient, in the same way as we have simplified technology assisted review (TAR) for disclosure to date.

Request a FREE 1 hr Consultation on how to Efficiently Approach Document Reviews here.