Doug Luftman at DocuSign discusses how electronic signatures and remote witnessing can help reduce the risk that a signatory, who is signing a contract, is under duress or being coerced (sponsored content)

As digital transformation accelerates, contracts that would traditionally be signed on paper are now being electronically signed. Over the years, there have been questions posed as to how effective an electronic signature is in reducing the risk that a signatory: 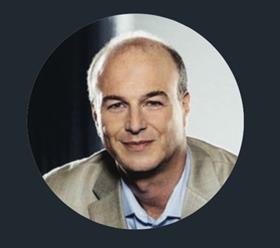 ● is being coerced into signing a document via duress or other undue influences; and/or

● does not fully comprehend the content of the document that they are signing.

This question is partly explained by an incorrect presumption that people meeting face to face somehow have a greater ability to detect whether a signatory is freely entering into the contract and understands what they’re signing. The presumption that somehow an individual in person with another person can read the room better, that the credentials reviewed by the individual are more consistently and fully reviewed, and that a person potentially hidden in another room can be more easily sensed, is illusory. A traditional signing ceremony has reduced documented evidence including what was actually said or done, what acts were truly taken to review the credentials of the signatories, and/or what truly was the demeanor of the signatories.

In fact, electronic signing platforms, like DocuSign eSignature, can reduce the risk of a person being misinformed or unduly influenced, into entering a contract. For example, platforms such as eSignature, can provide the ability to control exactly what a signatory sees in the document, specifically direct the signatory to review a document in a specific way, follow a predefined series of workflow steps, and capture more of a signer’s behaviour in the review and electronic signing process including a video record of the document review and signing ceremony. This digital-first approach promotes greater assurance as to the specific steps a signatory has taken in reviewing and signing a document and further documents such steps with a robust digital audit trail.

Should there be a need or desire to have a third party witness the electronic signing ceremony, electronic witnessing, in permitted instances, can provide further assurances that the signatory was informed and not under undue influence. The act of electronically witnessing can follow, like the e-signing ceremony itself, a structured workflow that reduces the guesswork as to what steps the witness actually took. For example, electronic witnessing can (i) document the specific signatory identification techniques used to confirm the signatory’s identity, (ii), through structured steps that the witness must follow, document what the witness asked and/or did in observing the signing process, and (iii) record via audio visual recording what the witness actually observed. Such a digital audit trail linked to the signatories, the documents signed and the acts the witness performed, provides a significantly more robust evidentiary record of the esigning act, thereby reducing the risk of coercion or duress.

Reducing the risk with DocuSign eSignature

There are many ways that using an electronic signing platform, like DocuSign eSignature, can help you reduce the risk of duress and other undue influence by:

Giving signatories the ability to receive in real time a further explanation of the documents and/or get independent advice or raise concerns.

Controlling the workflow steps by walking signatories through a contract and requiring them to initial each page, or specific important sections.

Enabling parties to reject signing the contract by asking if the signatory is entering into the contract of their own free will and giving them the ability to decline to sign.

Creating an evidentiary audit trail of key actions during the review and signing of a document.

We believe keeping the review and signing of agreements transparent, predictable, and well documented shouldn’t be a challenge. We believe reviewing and signing documents also should be fast, simple, and secure. eSignature makes that possible.