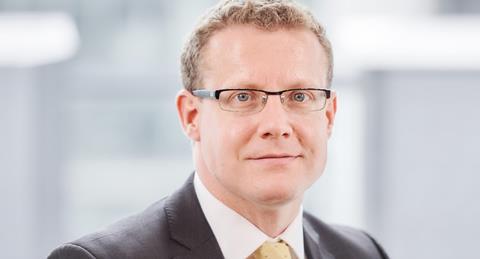 Who? David Robinson, legal director in the professional liability division at Kennedys, London.

Why is he in the news? With colleagues Paul Castellani and Jesal Parekh, instructing Jamie Carpenter QC and Jack Steer of Hailsham Chambers, he defended an £18m-plus claim against law firm Howard Kennedy brought by Karis Developments Ltd. The claim collapsed after the fifth day of a trial before Mr Justice Trower, leading to a settlement in which Karis made a contribution towards Howard Kennedy’s £850,000 costs. Karis also made a statement in open court withdrawing all allegations and acknowledging that Howard Kennedy was not liable in negligence, as well as confirming the amount being paid towards Howard Kennedy’s costs.

Thoughts on the case: ‘While we were confident Howard Kennedy would be exonerated, the formal withdrawal of all allegations was welcome. It spared many witnesses what would have been a stressful experience, as well as saving the parties’ costs had the trial continued for the full 21-day estimate. There is perhaps a perception that any claim brought against a solicitor defendant which carries with it both publicity and significant quantum will ultimately be “bought off” by the firm and its insurers. This outcome is a timely reminder to claimants that solicitors and their insurers will fight unmeritorious claims to their conclusion and seek and enforce costs orders against claimants and entities associated with them such as directors or funders.’

Dealing with the media: ‘This case was reported in the legal press from the commencement of proceedings and at various stages thereafter, including the case management conference and at the pre-trial review. As such, the case had significant reputational (as well as monetary) importance to the firm. Howard Kennedy wanted a public retraction of the allegations to show that there was neither smoke nor fire. The reporters we engaged with showed a good understanding of the issues and reported with insight and accuracy.’

Why become a lawyer? ‘I always had the vague notion that I wanted to become a lawyer, largely because of a youthful fondness for argument and debate.’

Career high: ‘Beyond this case, assisting a group of uninsured Cypriot lawyers facing substantial claims in group litigation brought in the High Court. I facilitated their extrication on favourable terms.’

Career low: ‘Leaving a firm very shortly before a case (in which I was involved) was the subject of a successful trip to the Court of Appeal. I was very disappointed to have missed what followed my departure.’