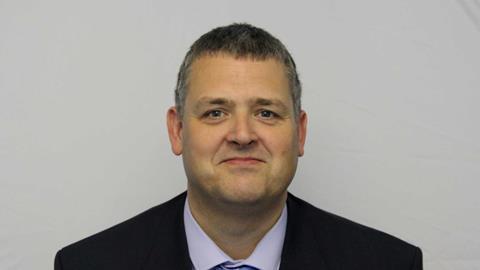 Who? Mark Newby (pictured), 47, head of miscarriages of justice and the crime team at Yorkshire firm QualitySolicitors Jordans.

Why is he in the news? He is acting for a man who, after spending 17 years in prison for a crime he did not commit, has been denied compensation by the government and is being pursued for legal costs.

Victor Nealon was convicted of attempted rape in 1997 despite a disputed identity parade – witnesses said the attacker had a distinctive bump on his head, which Nealon does not have.

He served 17 years – 10 years more than his seven-year sentence – because he always claimed that he had not committed the crime. This led to him having fewer privileges than other offenders and also being refused parole.

His conviction was quashed in December 2013, four years after a DNA test pointed to ‘an unknown male’ – not Nealon – as being the likely assailant.

He was rapidly released from prison, given £46 and a train ticket to Shrewsbury, his destination of choice. He proceeded to sleep on friends’ floors until Birmingham MP John Hemming offered him temporary accommodation above his constituency office.

Although denied legal aid, he was determined to receive compensation for the 17 wasted years and the trauma he still suffers.

However, in June 2014, the Ministry of Justice rejected his application for compensation and is now demanding he pays £2,500 in legal costs on the grounds that the DNA analysis ‘did not show beyond reasonable doubt that the claimant did not commit the offence’.

This requirement to prove innocence beyond reasonable doubt, Newby maintains, was a breach of the presumption of innocence that is a cornerstone of UK law.

Thoughts on the case: Newby said: ‘If we have to, we will take this case to the European Court of Human Rights – it is exactly the type of case that Strasbourg should be intervening in. UK law is clear: it is up to the prosecution to prove guilt beyond reasonable doubt, not for the accused to prove innocence beyond reasonable doubt.

‘This is not an appeal based on a technicality. It is based on fresh evidence; the DNA of another man being found on the victim’s underwear. The police are convinced. They have reopened the case.’

Route to the case: ‘I’ve handled a number of miscarriages of justice cases over the years and so got approached by Victor Nealon in 2008.’

Career low: ‘The converse of my career high, where I’ve been convinced there has been a miscarriage of justice, but have failed to free my client.’