Why in the news: Sucesfully represented a young Afghan asylum-seeker after the Court of Appeal ruled that the First-tier Tribunal must revisit its decision to deny him asylum. The judgment gave strongly worded guidance on ensuring vulnerable children are not denied justice. 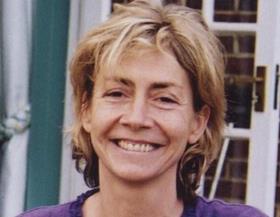 Thoughts on case: ‘Court hearings for refused asylum-seekers are adversarial , and can be daunting and frightening especially when the appellants are children. The majority of our clients are traumatised  asylum-seeking children who have often witnessed family members being killed in conflict. Their applications are generally refused because they are disbelieved. I am delighted that the Court of Appeal has recognised that children and the vulnerable are just that, and should be treated as such when faced with this adversarial process. What’s encouraging is that the Court of Appeal recognises that the testimony of a traumatised child may be flawed but that in itself is not fatal, and that equal and sometimes more weight should be given to the evidence on the child’s country of origin.’

Dealing with the media: ‘Sadly a lot of the print media are hostile towards our area of law. On the plus side, some sites on social media are trying to redress the balance. However, I’m pleased the legal press have publicised this case positively.’

Why became a lawyer: ‘To do a better job of getting justice for our clients, who face a hostile decision-making process and a culture of disbelief from the Home Office, who have their fate in their hands.’

Career High: ‘I’m really pleased that this case may make a difference for children and vulnerable appellants going through the appeal process. The highs come every time our small team at BHT assists an asylum-seeker in obtaining refugee status and hopefully some sense of security so they can get on with their lives.’

Career Low: ‘The Legal Aid, Sentencing & Punishment of Offenders Act 2012. Cutting legal aid for so many vulnerable groups in immigration, welfare, housing and family law, is a disgrace.’