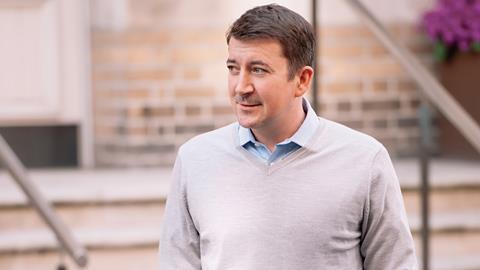 Why is he in the news? Represented Adanna Clarke, who took legal action against Channel 5 Broadcasting after she was featured in an episode of “Can’t Pay We’ll Take It Away!”. She complained that her privacy had been breached. The broadcaster apologised and paid substantial damages.

Thoughts on the case: ‘Adanna was a young single mother who was filmed inside her home without her consent in the process of being evicted while trying to look after and protect her one-year-old daughter. The bailiffs attended the property with a film crew and she made it clear that she did not agree to being filmed. However, the bailiffs were wearing bodycams and they continued to film inside her home without her knowledge when she was in a position of considerable vulnerability and distress. The apology Channel 5 made through a statement in open court meant an awful lot to Adanna and I’m sure it will go a long way to providing her with some closure.

‘Because of Covid restrictions, I only met Adanna in person for the first time last week in the Royal Courts of Justice, although we have been speaking regularly on video calls. I’m delighted to have achieved this outcome for her. She said it will change her life as she intends to use some of her damages to retrain in the medical sector and as a means of investing in her daughter’s future.’

Dealing with the media: ‘I have worked in media disputes, largely suing newspapers and broadcasters, for around 14 years so I deal with the media on a more or less daily basis. I am delighted Adanna’s case has caught the attention of the media. There is great public sympathy for individuals like Adanna who have suffered such a profound violation of their right to respect for their private and family life as a result of these types of intrusive “fly-on-the-wall” documentaries.’

Why become a lawyer? ‘I’m from a family of teachers – my mother, father, sister, auntie (all at the same school!) – but I went down a different path. I believe fiercely in fairness and justice.’

Career high: ‘Acting for New Zealand cricketer Chris Cairns in his libel trial against Lalit Modi in 2012 (the UK’s first Twitter libel trial). I used to watch Chris play against England with my dad when I was a child.  They say never meet your heroes but he was also a legend in real life.’

Career low: ‘While pursuing (and obtaining) an injunction against a person who was harassing my client in an extremely unpleasant way, I came off social media. A friend said he assumed I was trying to get out of a bad relationship, but I had seen the lengths this person would go to online and it was rather terrifying!’