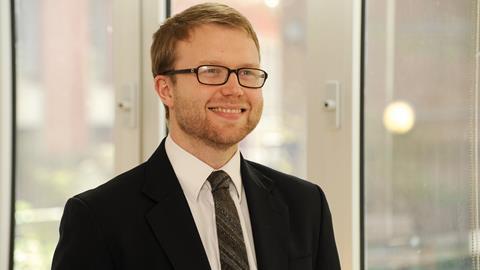 Why is he in the news? Advised Tavistock and Portman NHS Foundation Trust on its successful appeal regarding decisions about patient treatment at its Gender Identity Development Service, England’s only NHS gender identity service for children and young people.

Thoughts on the case: ‘We were disappointed with the Divisional Court’s judgment. Despite making no finding of unlawfulness, the court still made a declaration of what, precisely, a child had to be able to weigh up before consenting to treatment with puberty blockers, and gave very strong “guidance” on whether children in particular age groups would be able to give such consent. We thought that the court had been swayed by evidence that it hadn’t been able to assess properly, but were worried that we might have an uphill battle in the Court of Appeal to overturn the judgment of such an august Divisional Court – Dame Victoria Sharp (president of the QBD), Lord Justice Lewis and Mrs Justice Nathalie Lieven. So, it was really pleasing [the CoA] was able to cut through the noise and make its judgment on the essential legal issues – reaffirming that it is for doctors, not judges, to decide on the capacity of under-16s to consent to medical treatment, and confirming that it was wrong for the Divisional Court to make a declaration in the absence of any finding of unlawfulness.’

Dealing with the media: ‘There was a huge amount of media interest, which came at a time of intense wider debate over trans rights. As an NHS body it would have been inappropriate for the Tavistock and Portman (or me as their lawyer) to get involved in partisan debate. Our strategy had to be to focus the courts on the specific legal issues raised and away from the moral controversy around the treatment of children for gender dysphoria. The media climate also took an unusual turn shortly before the [CoA] judgment was handed down, when anti-vax protesters were seen on the news waving copies of the Divisional Court judgment in the face of Covid vaccination clinic staff, citing it as authority for the proposition that under-16s could never consent to vaccination. Hopefully that argument has now been put to bed.’

Why become a lawyer? ‘I did an English degree, went into legal publishing and quickly realised that I enjoyed the legal much more than the publishing.’

Career high: ‘This case. It has also been a privilege to lead our team advising NHS England on its response to Covid-19.’

Career low: ‘I had my share of miserable “4am at the photocopier” moments as a trainee (not at DAC Beachcroft).’