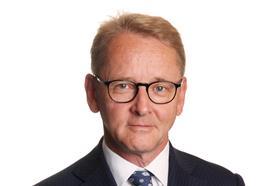 Why is he in the news? Represents Sonia Olsen, who is bringing an asbestos claim against London’s Royal Court Theatre. Mrs Olsen’s husband, Allan, was an assistant master carpenter at the Royal Court in the late 1960s and early 1970s. He died of mesothelioma last year.

Thoughts on the case: ‘This sad case highlights the deficiencies in the asbestos claims systems. The gestation period for mesothelioma (an asbestos-induced cancer of the lining of the lung or peritoneum) is typically 30-plus years. The negligent defendant has often gone out of business before the illness arises. We can still get compensation if we can find the insurer. The Employers’ Liability Tracing Office helps with this but is of no assistance in public liability cases. We know also that for employer’s liability cases the records are incomplete. The diffuse mesothelioma payment scheme fills some gaps but it doesn’t apply in cases like Mrs Olsen’s, where the employer still exists. What is so sad is that Allan loved working at the theatre. He and Sonia spent most of their working lives in the theatre.’

The theatre said: ‘We are saddened to hear of the loss of Allan and offer our deepest sympathies. We confirm that a claim for mesothelioma is being pursued against the ESC [English Stage Company – the registered legal entity that occupies the Royal Court Theatre] by solicitors appointed by Mr Olsen’s estate. The ESC has appointed a solicitor to respond to that claim and while the litigation is ongoing we have no further comment to make at this time.’

Dealing with the media: ‘I approach the media where it will further my clients’ interests. Local papers will sometimes run stories that lead to witnesses coming forward, for instance. Even the slightest knowledge of historic insurance arrangements can lead to an insurer confirming cover. In the 1970s the London theatre world would have provided a niche insurance market. In this case I hoped to find a lead such as a retired impresario who still reads the trade press. It would comfort my client to know that the Royal Court was not going to have to pay but that the insurers would foot the bill.’

Why become a lawyer? ‘I became a political activist through the miners’ strike and local government struggles of the 1980s. This led me to train at a union firm where I pursued industrial disease claims.’

Career high: ‘Recovering nearly £1m for three brothers left caring for their disabled uncle when their mother died. We had previously acted for the mother’s father. Asbestos on his clothes ultimately caused her death. The uncle is now in suitable accommodation while the brothers are free to get on with their lives.’