Lawyer in the news: Chris Derrick

Why is he in the news? Oversaw the prosecution of eight men who were jailed for grooming and sexually assaulting vulnerable girls in Oxford.

Thoughts on the case: ‘The case involved the prolonged sexual exploitation of several vulnerable young girls over a seven-year period, which resulted in eight defendants being convicted of various offences. It is particularly satisfying for the prosecution team to obtain convictions in a case such as this when, for a sustained period, the complainants have been subjected to sexual abuse, intimidation and manipulation by multiple offenders. The police investigators and Crown Prosecution Service lawyers/paralegals worked resolutely and diligently to ensure this challenging case was brought to court and the complainants given the opportunity to provide their evidence.’ 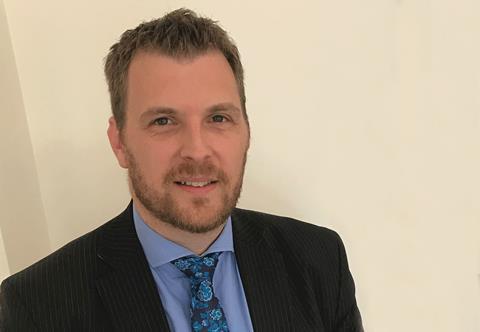 Dealing with the media: ‘It is important that cases in the criminal courts are properly publicised in order that justice is seen to be done and to improve public confidence in both the CPS and the justice system as a whole. The CPS works hard to ensure our prosecutions are publicised to journalists as well as the wider public.’

Why become a lawyer? ‘From an early age I was interested in the criminal law, although initially as a police officer – no doubt drawn by the thrill of high-speed car pursuits! As I grew older I realised that there were different roles in the CJS and became excited about the “theatre” of criminal court advocacy. I undertook repeated advocacy work experience throughout my teenage years until I was qualified to appear by myself in 2008 at Reading Magistrates’ Court.’

Career high: ‘I was the reviewing lawyer in a high-profile road death case, which relied upon the evidence of a teenager who had witnessed his mother pass away beside him as a result of being struck by a large agricultural vehicle. The emotional trauma caused to the teenager by witnessing this horrific event and then giving evidence about it at trial was obvious, but I hope the defendant’s conviction went some way in easing the family’s grief.’

Career low: ‘Having successfully prosecuted a lengthy neighbour harassment case in the magistrates’ courts and obtained a post-conviction restraining order, the defendant exercised their right to have the case reheard on appeal in the Crown court. Unfortunately, after many years of aggravation by the defendant and the experience of the first trial, several of the complainants felt unable to face the confrontational trial process a second time, which resulted in part of that conviction being overturned.’