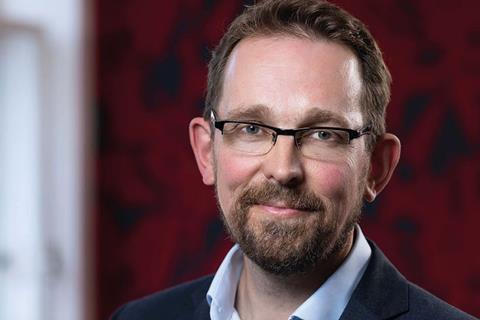 Why is he in the news? The firm has reported concerns over the performance of the orthopaedic unit at the Southport and Ormskirk NHS Hospital Trust’s hospitals to NHS Resolution.

Thoughts on the case: ‘We had noticed that there were a number of cases emanating from our local hospitals relating to hip and knee surgeries where there were a high number of unexpected revisions with similar features. It was apparent that a particular group of surgeons were involved. We began investigating this more closely to identify common practices that would suggest something more than expected failure rates. It’s an ongoing process and obtaining accurate statistical data has proven to be difficult.’

Dr Terry Hankin, medical director, Southport and Ormskirk NHS Trust, said: ‘We are aware of a small number of claims relating to orthopaedic procedures conducted between March 2012 and June 2016 that subsequently required revision (corrective) surgery. The surgeon involved left the trust in March 2017. We are in contact with the affected patients.’

Dealing with the media: ‘This is not a straightforward case and it was important for us to find a clear and consistent message. It has been important to be selective with media interest and to be ready to answer the many questions that they raise. I have been impressed with the very diligent approach and attention to detail. We focused on regional press organisations initially and as a degree of momentum started to build, the national press and local TV became interested and we worked closely with ITV Granada to develop a regional news segment.’

Why become a lawyer? ‘I was inspired by the ethical and technical issues surrounding medical law and after a short period of voluntary work for AVMA [Action Against Medical Accidents] after my degree, I focused on pursuing a career in clinical negligence. The ability to effect real changes in an injured person’s life is a perpetual motivation.’

Career high: ‘My time spent working on the MMR litigation and being part of such a very high-profile litigation as a small team of lawyers against the full might of giant pharmaceutical companies.’

Career low: ‘When the Legal Services Commission withdrew funding on the MMR litigation and having to explain to our client base that we could no longer push for the resolution they were desperately seeking’