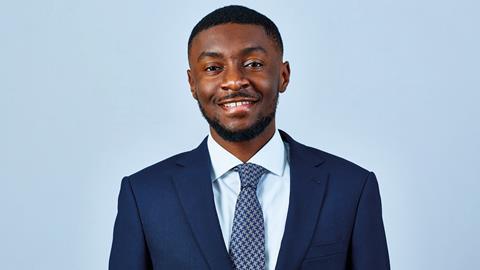 Why is he in the news? He has published his debut book, The Law in 60 Seconds: A Pocket Guide to the Law, which has received widespread praise from the legal community.

What motivated you to write the book? ‘This came from realising the grave extent to which the general public did not know their everyday rights. I had been recording short videos on YouTube (under a series also entitled “The Law in 60 Seconds”) to inform people of their rights. The book was simply intended to assist those I knew with their general day-to-day legal queries. As the channel grew, strangers would send me messages requesting guidance on deeply private legal matters. It troubled me that there wasn’t an easily accessible resource they could turn to for guidance. I started drafting The Law in 60 Seconds: A Pocket Guide to Your Rights in the hope it could serve as such a resource. The hope is that it can assist on the small issues – such as whether you are within your rights to push for a refund when you’ve been told you must accept an exchange note by “James” at customer services, but also on the more serious issues, or those you might feel uncomfortable searching via an internet browser, such as the legal protections existing if you are in a domestically violent relationship or the law on the sending of explicit images to your partner.’

Dealing with the media: ‘It has been pleasing seeing the media interest and also the warmth with which the book has been received by legal professionals and the public. I truly believe the book can help change lives – even if simply by giving readers the confidence to claim what is rightfully theirs. My “The Law in 60 Seconds” YouTube series showed me the depth of the knowledge void in terms of the public knowing their rights. It would be remiss of me not to acknowledge the marketing team at Profile Books for their hard work, too. Their belief in the book has definitely led to interest that might otherwise not have come about.’

Why become a lawyer? ‘As my knowledge of the law grew during university, my interest became less about just “being a lawyer” and more about working in a capacity enabling me to assist those not holding the balance of power in society. Working as a barrister at a chambers committed to publicly funded work and human rights thus felt a natural fit. The fact that barristers are self-employed and that each day is a little different to the previous one also attracted me.’

Career high: ‘The publication of this book. My core ambition is to support those suffering due to power imbalances.’