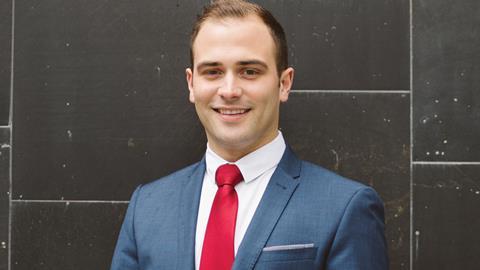 Why is he in the news? Represents Gareth Lee, who is heading to the European Court of Human Rights to challenge a ruling that a Northern Ireland bakery had the right to refuse to bake a cake with a pro-gay-marriage message.

Thoughts on the case: ‘The case packed a county court in Belfast for days, headed off to the Court of Appeal where the attorney general for Northern Ireland intervened and then ended up in the Supreme Court which sat in Belfast for the first time to hear the case. When creating the law, parliament drew a hard line to ensure no discrimination could occur. This case blurred that line. At present the owners/directors or shareholders of a business may have the right not to provide goods, facilities or services if it is thought to be against their religious belief. I believe this case has created a new business entity and generated uncertainty for people in Northern Ireland, especially minorities.’

Dealing with the media: ‘This has received much media attention which has not always been accurate. For strategic litigation to work, people who are not in the courtroom need to understand what is going on and you have to bring them with you on the journey when creating change using the powerful tool of law. The media has a unique role to play in setting the tone of a debate.’

Why become a lawyer? ‘I studied sociology at A-level and that interest in people and the world we live in continues. The law is a powerful tool which makes change to real people and their lives. I don’t mean that to sound overly worthy, but as a legal aid lawyer I witness the difference using the law makes on the ground to people from all walks of life.’

Career high: ‘I am proudest of the equality work I do. I take cases on behalf of brave individuals who no longer wish to accept the status quo in Northern Ireland. These cases are high-risk but have the potential to bring about change for thousands of people (often minority groups). I’m privileged to be instructed in cases on same-sex marriage, trans privacy rights, humanist marriage and abortion reform, to name a few. These are all pressing matters in Northern Ireland and real change will actually create a brighter and safer society.’

Career low: ‘I was instructed in judicial review proceedings to challenge the criminalisation for the payment of sex by Laura Lee, a sex worker and campaigner, who claimed this law put her at greater personal risk. Laura passed away during proceedings and no one was able to take on the case. It was heartbreaking for so many and reminded me of the financial, public and personal pressure a case puts on an individual who is not used to our world.’