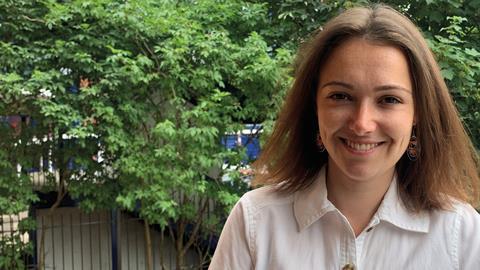 Why is she in the news? Successfully challenged, in the High Court, HM Revenue & Customs’ refusal to accept a newly recognised refugee’s claim for backdated child tax credits covering the period since their asylum claim.

Thoughts on the case: ‘The government tried to characterise the case as a challenge to the policy decision to remove backdated support for newly recognised refugee families under universal credit, but it was never about that. It was about HMRC misapplying the existing law to the claimant, and other families who arrived in the UK and claimed asylum before universal credit was rolled out.

‘It is frustrating that HMRC intends to appeal when both the English and Scottish courts have now found against them. In the context of nearly 3.5m children in tax credit-claiming families, the affected group is relatively small and effectively closed, but potentially vulnerable and in great need of support.’

Dealing with the media: ‘My first priority in any test case which might of interest to the press is my client – do they want the chance to tell their own story or would they prefer to stay out of the spotlight? In this case there is an anonymity order in place due to the risks that the claimant and his family would face if they were identified, so there was no question of him being involved in any coverage. But he knows that just by bringing the case he has enormously helped other refugees and their families in a similar position.

‘The other motivating factor to work with the media on a test case is to make sure the message gets out so that other people who might be able to use the case to access their rights, do so.’

Why become a lawyer? ‘I watched the Erin Brockovich film for the first time around age 10/11 (maybe too young in hindsight!) and loved the story of someone leveraging the law to help ordinary people achieve justice against a powerful corporation.’

Career high: ‘I’m fascinated by the evolving need for lawyers and judges to grapple with automated and digital systems increasingly deployed by government. The chance to get involved with CPAG’s Pantellerisco and Johnson challenges to aspects of the universal credit system has been brilliant for putting that previously abstract interest into a practical context.’

Career low: ‘Knowing there are limits to how much the law can address systemic societal inequality and hearing about the personal experiences of families and children impacted by the combination of austerity policies.’