Lawyer in the news: Corey Stoughton

Why is she in the news? Liberty is representing Ed Bridges, a Cardiff resident, who has written to the chief constable of South Wales alleging he was tracked through automated facial recognition technology at a peaceful anti-arms protest and while out shopping. Liberty says that if the police do not immediately stop using AFR, Bridges will take South Wales Police to court.

Thoughts on the case: ‘We must challenge the police’s surreptitious roll-out of facial recognition surveillance on our streets. The technology scans passers-by, making biometric maps of their faces, and compares them against images on shady databases. It turns public spaces into a 24/7 police line-up. We have seen it used to target peaceful protest, with reckless indifference to the chilling effect that has on people’s exercise of fundamental rights, and to target people with mental health disabilities, with no concern for the discriminatory impact on that community. There is no law allowing police to use facial recognition in this way. This is policing without constraint, not policing by consent.’ 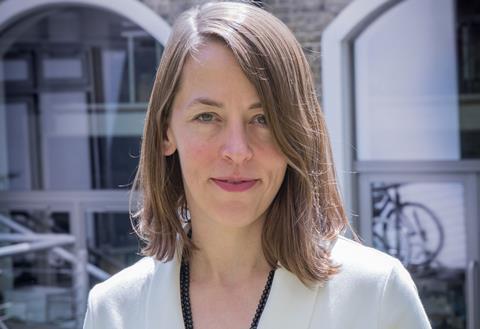 Dealing with the media: ‘The media focus on simple narratives, so they are good at latching on to issues like the inaccuracy of facial recognition. But the challenge is to help the public understand why an accurate face-matching system would be even worse, fundamentally transforming the norms and expectations around our freedom to be in public spaces without our presence constantly being evaluated by the state.’

Why become a lawyer? ‘It is a privilege to be able to use the tools of state power to challenge the exercise of that power. Most days I can’t believe I am lucky enough to be able to do that. And it was luck – I didn’t grow up with lawyers in the family, and didn’t even really understand what lawyers did before I went to law school in America.’

Career high: ‘When I stood up in court to represent the US Department of Justice challenging a state law banning transgender people from using appropriate gender-segregated facilities – the first enshrining of express discrimination into law since racial segregation.’

Career low: ‘Leaving America as the Trump administration came in. Watching the erosion of rule of law and regression on human rights was something I struggled with before I started working at Liberty.’