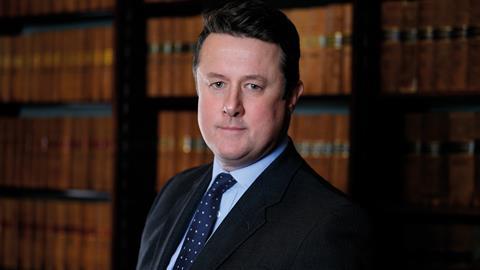 Why is he in the news? Represented Princess Haya of Jordan in a long-running family court case involving her former husband, the ruler of Dubai Sheikh Mohammed bin Rashid Al Maktoum.

Thoughts on the case: ‘My role arose after we were told that the phones of our client and her team were hacked using “Pegasus” [spyware]. Having been notified of this allegation, and then notifying the court, we were challenged to “prove it”, a challenge finally surmounted when the Supreme Court refused leave to appeal the judgment of the Court of Appeal. The hacking was a stark illustration that the firm and our client were taking on opposition with state-level resources. Before the hacking emerged, the case had already seen three judgments (one in the Court of Appeal). As of last week, the number of published judgments, all arising from the father’s one originating application, stood at 17, all in Princess Haya’s favour. Because the case involved many areas of law, we had to assemble a diverse team of specialists both at PHB and among counsel. Fortunately, they were all brilliant and a joy to work with. The president of the Family Division handled an intensely hard-fought case with great wisdom and a wry good-humour.’

Dealing with the media: ‘As a privacy lawyer, the press are often my opposition. This required a different approach and we argued consistently for press access and published judgments. The full publication of the final judgment on the welfare of the children was unprecedented, but was required to keep the family safe and so that the case did not finish leaving a vacuum to be filled with propaganda and misinformation. The case saw the two extreme ends of the media: (1) the UK-accredited journalists who attended court and behaved impeccably (maintaining the confidentiality in information of great media interest until the court allowed publication); and (2) the online media used to perpetrate the “media war” that was threatened at the outset. The importance of responsible journalists reporting accurately on court proceedings has never been more evident.’

Why become a lawyer? ‘I wanted to be a doctor. A biology teacher said I would never make a career in science but my propensity to argue might make me a good lawyer. I still can’t admit he might have been right.’

Career high: ‘I have been involved in some incredible cases, but no case encapsulates what can be achieved by a determined, talented team, winning against the odds, as much as this one.’