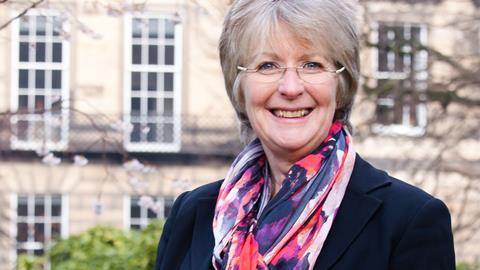 Lawyer in the news: Elaine Motion on Scotland’s prorogation ruling

Who? Elaine Motion, chairman of Balfour+Manson, Edinburgh and Aberdeen.

Why is she in the news? Representing 78 parliamentarians who successfully challenged, in Scotland’s highest court, prime minister Boris Johnson’s decision to suspend parliament for five weeks. The government said it will appeal to the Supreme Court.

Thoughts on the case ’The case is essentially about fundamental principles of constitutional law; the three pillars of the state, the sovereignty of parliament and the core essential - the rule of law and respect for that. But over and above these principles we have drawn together a factual narrative by use of affidavits drawing out the various comments made by ministers of the Crown, including the prime minister, to indicate the true purpose behind the prorogation on 28 August. Over and above that there were the documents intimated late on the night before the hearing in the Outer House.

’We always knew the case would move at breakneck speed and we were not wrong. I am not aware of any other case that has moved from the Outer House into the Inner House on the same day and which will be determined in the UK Supreme Court within seven weeks of commencing.’

Dealing with the media ’When the news was announced that the appeal had been successful, comment and reaction from many of the ”lead” candidates such as Joanna Cherry MP and Jolyon Maugham from the Good Law Project were sought immediately. As lawyers, our role is understandably less prominent, but we were still asked by the BBC and other media outlets, particularly from within the legal media, to provide comment. Given the high-profile cases we have had a privilege to be involved with in the past, working with the media is an integral part of our role and we work with our professional advisers who help us shape the narrative.’

Why become a lawyer? ’My children give me a hard time for wanting to be a lawyer from the age of 12. That desire was driven, I suspect, by an innocent naivety, later by a strong desire to achieve a fair result for my clients. Regardless of the outcome of cases I get the greatest satisfaction from helping to provide clarity on areas of the law that are often open to interpretation.’

Career high ’I have been lucky enough to be involved in quite a number of groundbreaking cases over the years which involve entering uncharted territory. A definite highlight was the 2018 European Court of Justice ruling confirming that the UK can revoke the Brexit process without the say-so of fellow EU states.’

Career low ’One of the worst moments of my career was when I was practising in New Zealand. I was standing up for the first time as a barrister and solicitor and used a Scottish legal expression, resulting in lots of sniggers and smirks from others. A learning curve-reliance and flexibility required!’