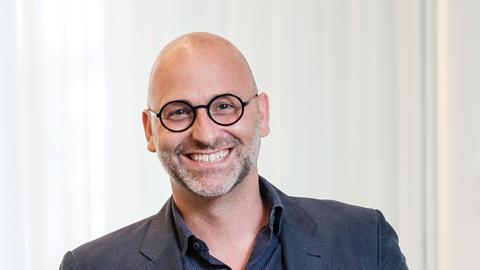 Why is he in the news? Represents a woman known only as Jenny who is seeking to challenge HM Revenue & Customs’ decision to pass on information about her to the US Internal Revenue Service. Jenny, a university researcher born in the US but resident in Britain for nearly 20 years (and naturalized as a British citizen), claims the transfer breaches her rights under the EU’s General Data Protection Regulation. She argues that her information is irrelevant to the objective of the US Foreign Account Tax Compliance Act (FATCA) – to catch tax evaders – because she earns less than $104,000 a year and thus qualifies for an income-tax exemption under US rules.

Thoughts on the case? ‘FATCA requires UK banks to collect and process personal and financial information about US citizens (including US-born British citizens who live in the UK) and transfer it to the IRS via HMRC. The law was designed to fight tax evasion by rich Americans who stashed investments in secretive offshore accounts. Save that Jenny does not have any offshore accounts, nor does she owe any tax to the IRS because she earns less than $104,000. Jenny’s concern, therefore, is that the processing of her data – and its transfer across borders – exposes her to an unnecessary risk of hacking, data theft and ultimately is a breach of her fundamental rights and the basic GDPR principles.’

Dealing with the media: ‘Dealing with journalists has been gratifying as they were willing to look beyond the headline catchphrases used to justify FATCA and grapple with the underlying legal issues, notably the tension between conflicting principles (transparency v privacy and data protection). The main difficulty is that the legal issues straddle different areas traditionally covered by journalists, notably technology (hacking), finance (measures impacting banks), politics and data protection.’

Why become a lawyer? ‘Lawyers are still capable of shaping events.  The recent Brexit litigation illustrates how this remains possible. I would like to believe that my engagement with the excesses of FATCA, but also the Common Reporting Standard and the Beneficial Ownership Registers, is part of the same trend.

Career high: ‘To be called by King’s College to teach the course I took as a student 20 years ago is up there, together with the experience of appearing as an expert before the European data protection authorities.’

Career low: ‘The feeling, occasionally, of tilting at windmills. But a lawyer’s career is not measured in days or in months. It is measured in what one achieves over many years. Looking back, my windmills look pretty from a distance.’