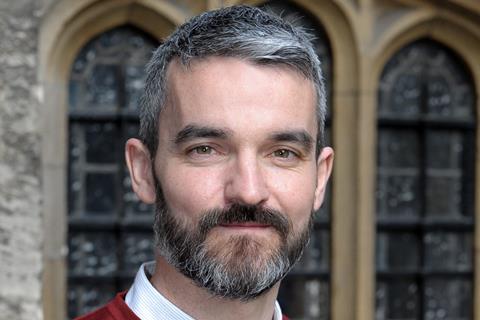 Why is he in the news? The firm represented seriously injured claimant Charlotte Swift, who the Court of Appeal established this month should receive around £800,000 in compensation to purchase suitable accommodation on top of her £4.1m damages. Claimant lawyers hailed the court’s decision as reversing decades of under-settlement. Defendant lawyers in the case have confirmed they are appealing.

Thoughts on the case: ‘This is being described by many as a “landmark” case and there was an increasing weight of responsibility on the lawyers to get it right. We had to rid ourselves of any outside interests and concentrate on one thing – our client’s best interests. Obviously lawyers want to change the law, but the nearer we got to that possibility the more important it was to focus solely on Charlotte and what she wanted to accomplish. I had in Derek Sweeting QC and James Arney the finest possible guidance and in the end we were able to support her sufficiently to make decisions she was comfortable with.’

Dealing with the media: ‘After years of feeling slightly inferior at parties to people who “work in finance”, I never imagined that the work I do as a PI lawyer would ever be considered “too complex” for the readers of the Financial Times. It was therefore weirdly gratifying that after 20 minutes or so of explaining the interaction between Roberts v Johnstone and a negative discount rate, and why a reversionary interest is considered the best solution, the reporter decided enough was enough. The piece was much simpler.’

Why become a lawyer? ‘Revenge. Aged 15 I told the school careers officer I wanted to be a lawyer, but I didn’t really know what it meant. She suppressed a chuckle: I may as well have said “James Bond”. I determined I would prove her wrong. I like to think she was a genius and did it on purpose.’

Career high: ‘I can’t imagine anything will do better than sitting down with Charlotte once the threat of any appeal to the Supreme Court is behind her [not confirmed as the Gazette went to press].’

Career low: ‘After Charlotte’s application for a protective costs order was refused, it felt possible she would be forced to compromise on a basis that would have been unfair to her and potentially thousands of future claimants, not because of the merit of her appeal, but due to the enormous costs pressure caused by an uneven playing field.’