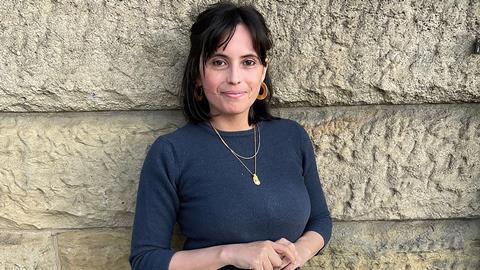 Why is she in the news? The firm successfully represented four individuals who faced being removed to Rwanda on the first charter flight under a controversial Home Office scheme.

Thoughts on the case: ‘Working on a challenge to the Rwanda policy has felt like being on shifting sands. When case referrals started coming in there were suddenly more cases than we had capacity for, and everything had to be done in unrealistically short timeframes. Lawyers in our public and immigration teams have been working non-stop. As 14 June got closer our clients in detention centres reported feeling desperate. The pressure levels inside the centres were high, with the healthcare teams not having capacity to fulfil their functions and unrepresented detainees scrambling to find lawyers. My own client was assessed as needing to see a psychologist, but because there wasn’t one available he was provided with some leaflets about how to manage trauma through self-care. The Administrative Court’s decisions to refuse individual interim relief applications are worrying. These decisions seem regressive and do not take the right approach to Article 3 risk or the balance of convenience. And it’s hard to predict how the government will behave next.’

Dealing with the media: ‘Politicians responsible for this new scheme frequently say things in the media which contradict the government’s stated legal position. This causes chaos in legal preparation and panic among those affected. The firm asked me to speak on Times Radio because we felt it important to counter the criticisms that lawyers are undermining the rule of law by bringing challenges to government conduct. We think those comments – often made by politicians who want to avoid scrutiny and polarise the electorate – are unfair and completely ill-founded, to the point that they can appear malicious. It’s also really frustrating seeing parts of the media report on this policy without acknowledging the actual impact that it has on people.’

Why did you become a lawyer? ‘I hate unfairness. State misuse and abuse of power is unfortunately inevitable. Immigration detention and enforcement is an area where there are many instances of blatant injustice, and it’s a very motivating area to work in.’

Career high: ‘In 2020 the Court of Appeal usefully clarified the law on proper identification of trafficked persons in my client’s case. A home visit to see her after a long-awaited victory, seeing her settled and happy after more than five years of fighting, was the best.’