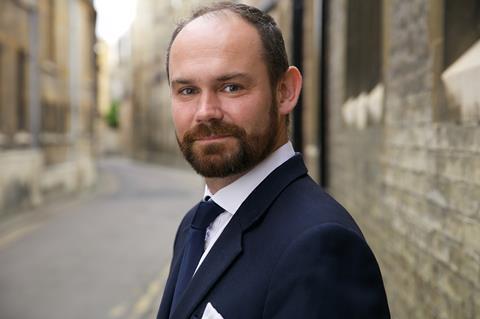 Why is he in the news? Represented same-sex couple Sarah Osborne and Helen Arnold, who had a baby through IVF in 2014. Osborne had to adopt her child after a registrar wrongly told her that her name was not allowed on the birth certificate as the document could only name a child’s mother and their father. The High Court revoked the adoption order and quashed the original birth certificate.

Thoughts on the case: ‘Sarah and Helen intended to start a family with Helen carrying the child via anonymous sperm donor. As the IVF treatment took place at a licensed clinic Sarah should have been included as a parent on her child’s birth certificate. The subsequent adoption order was totally unnecessary. For me it was legally very interesting to unravel the mistakes. It was like a complicated exam question overlapping various statutes where I had to show my working out! It’s not every day you ask a court to exercise its inherent jurisdiction to revoke an adoption order, grant a declaration of parentage, and under judicial review seek to quash an original birth registration. What is concerning is that this mistake was made by the registrar some years after the law changed. One has to wonder how many children born to same-sex female couples now have an incorrect birth registration. I know that anecdotally this is not an isolated event.’

A spokesperson for Cambridgeshire County Council said: ‘We accept the High Court’s ruling and hope this gives the family a chance to move forward. We cannot speculate on exactly what happened, as the matter occurred in 2014 and the member of staff involved is no longer employed by the council.’

Dealing with the media: ‘I thought the media were respectful of the position Sarah and Helen were in. There was the odd misleading headline but that was swiftly rectified.’

Why become a lawyer? ‘I’ve always had a strange knack of recalling film quotes verbatim. I felt this would be a useful trait in the law.’

Career high: ‘I covered a hearing for a colleague at the last minute in the High Court and was faced with a late argument for the guardian to recuse himself. With no time at all to prepare I advocated (successfully) against the application on the hoof.’

Career low: ‘Despite my identity being secret, a dangerous party in a proceeding, who was serving time, arranged for his skeleton argument to be delivered to my home address.’