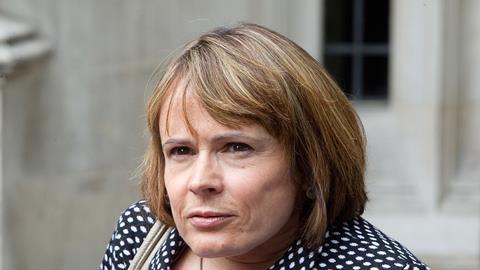 Lawyer in the news: Jocelyn Cockburn

Why is she in the news? Represents Rosamund Kissi-Debrah, the mother of nine-year-old Ella Kissi-Debrah, whose death has been linked to unlawful levels of air pollution. Cockburn has asked the attorney general to quash Ella’s inquest based on new evidence. Last month Ella’s mother delivered a petition with more than 100,000 signatures to the attorney general urging him to open a new inquest.

Thoughts on the case: ‘Since 2010, the government has been in breach of its legal obligation to cut air pollution. My concerns about this failure drew me to the case of Ella and the belief of her family that air pollution was a factor in her death. This had been completely overlooked both in the treatment she received before her death and at the inquest. A second inquest would provide an opportunity to examine not only the extent to which her life was cut short by air pollution, but also what could have been done to make a difference and, crucially, what steps can now be taken by the authorities to prevent further deaths.’

Dealing with the media: ‘In a case of this nature, publicity is a valuable tool. This government has broken the law on air quality with apparent impunity and public pressure is needed to force decisive action. The press has been overwhelmingly positive, as have the public.’

Why become a lawyer? ‘The law can make society fairer and address the imbalance between ordinary people and those with power. Human rights can get a bad press and are often depicted as overly political because they challenge those in power and hold them to account. We are seeing a worrying lack of respect for the rule of law from those in power and it is important that lawyers stand up to protect it.’

Career high: ‘I was involved in cases relating to the conflicts in Iraq and Afghanistan which helped define the legal obligations owed by the MoD to its soldiers. The end of the Snatch Land Rover case (Smith v MoD), relating to unsafe military vehicles marked the end of a 10-year battle which will hopefully have a positive effect in terms of the protection of our troops in future conflicts.’

Career low: ‘The decimation of legal aid by the government. It has not saved the taxpayer money and has been an assault on the poor.’