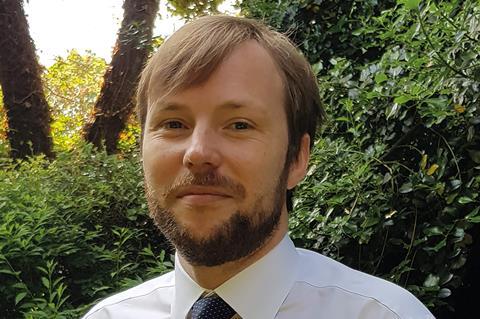 Why is he in the news? Acting pro bono for 23 students at Manchester Metropolitan University who are challenging the legality of a lockdown of two halls of residence last month.

Thoughts on the case: ‘The students were effectively under house arrest for the weekend. Some of them hadn’t even had the chance to buy food before the “lockdown” was implemented. If you live in a flat, you wouldn’t expect to be confined to your flat for 14 days merely because people living in other flats in the same building test positive for coronavirus, but that is the instruction that’s been given to the students. Although the university and the council belatedly accepted that the students were free to leave in law, students still face the risk of disciplinary action if they do leave. We are asking the university to withdraw that threat.’

Manchester Metropolitan University said: ‘The university was contacted by Levins Solicitors on 5 October and made aware it is acting for 23 students. We will respond directly to them in due course.’

Dealing with the media: ‘I was all set to make my first appearance on BBC News via Skype when our office Wi-Fi connection failed, much to the mirth of my colleagues. Keeping up with requests from media outlets as varied as the Manchester Evening News and Russia Today has been a challenge. I was disappointed, if not surprised, that our offer of pro bono help was characterised in some quarters as “ambulance chasing” – our only concern throughout has been protecting the civil liberties of the students.’

Why become a lawyer? ‘I studied philosophy at university and I wanted a job where I could apply those skills of analysis and persuasion to everyday problems. I love the variety of high-street practice, and it’s rewarding to be able to help with good causes from time to time.’

Career high: ‘Representing two long-serving members of staff at HMP Liverpool who’d been dismissed for raising safety concerns. I was delighted when they won hands down in the employment tribunal and subsequently got their jobs back.’

Career low: ‘Even after 10 years in this profession, I still find it hard not to blame myself when a client loses their case. But my career low would probably be being told by an irritated deputy district judge in one of my first outings as a young advocate that there was no point in me asking him for permission for appeal, because there was “no earthly prospect of an appeal being successful”. He was right, of course, but he could have at least heard the submission!’