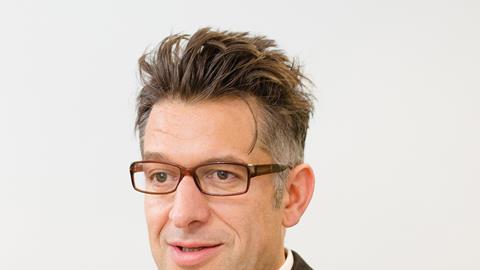 Who? Jules Carey, head of actions against police and state team, Bindmans.

Why is he in the news? Represented Baroness Jenny Jones, David Drew MP, Eleanor Chowns MEP, Adam Alnutt, Caroline Lucas MP, Clive Lewis MP and George Monbiot, with the support of Extinction Rebellion, in their challenge to the Metropolitan Police decision to impose a ‘ban’ on any Extinction Rebellion Autumn Uprising protests within London from 14 October 2019.

Thoughts on the case: ‘Protest will often be messy and disruptive to community life but this is the necessary cost of ensuring that dissenting voices raising public concerns are heard by those in authority. The police have powers in the Public Order Act to manage protests. On this occasion, the Metropolitan Police grossly overstepped the mark by misapplying section 14(1) of the Public Order Act 1986 and imposing a London-wide ban.

‘There was the opportunity of going toe-to-toe in court with the police on Human Rights Act grounds, in particular articles 10 (freedom of expression) and 11 (freedom of assembly). But there was a pleasant efficiency in winning the human rights issue on a point of statutory construction. Over 400 Extinction Rebellion activists were arrested during the four-day ban, the vast majority under section 14 of the act including the claimants Eleanor Chowns MEP and George Monbiot. The police shall now have to address the consequences of hundreds of unlawful arrests.’

The Metropolitan Police said: ‘We will now carefully consider the judgment before deciding on our next steps.’

Dealing with the media: ‘Working with Extinction Rebellion and such passionate and articulate claimants meant that they were most effective in giving voice to both the pressing need for government to react to the climate emergency and the importance of resisting the suppression of non-violent civil disobedience.’

Why become a lawyer? ‘Liberty requires constant vigilance and effort, and has to be worked out daily in the complexity and confusion of modern life, both on the streets and in court.’

Career high: ‘I have been privileged to have had the opportunity to work alongside and represented many individuals and families whose lives have been put in turmoil by misdeeds of the state.’

Career low: ‘The massive cuts to legal aid, the sabotaging by the government of the conditional fee agreement scheme – which, combined with the huge hikes in court fees, have put access to justice out of reach of most ordinary citizens.’