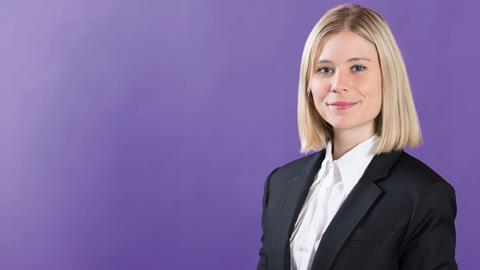 Lawyer in the news: ​Kate Ellis, Centre for Women’s Justice

Why is she in the news? Represents Emily Hunt, who launched a judicial review last year over the Crown Prosecution Service’s decision not to prosecute a man who filmed Hunt while she was naked and without her consent. The CPS is now reconsidering its decision not to prosecute after the Court of Appeal, in a separate case, ruled that filming without consent is unlawful under the Sexual Offences Act.

Thoughts on the case: ‘I’m very glad that Emily’s five-year justice campaign has at last been vindicated, but frustrated that it has taken this long. As the Court of Appeal recognised, the legal issue was not entirely novel: R v Bassett [2009] 1 WLR 1032 had established that the offence of voyeurism can be made out where the “voyeur” is someone present with the victim’s consent but the nature of the observation itself is not consensual. In arguing the judicial review claim we also highlighted that there have been a number of successful prosecutions of voyeurs who secretly filmed their sexual partners. It has never been clear why the CPS took the seemingly perverse approach that it took in Emily’s case. She is still waiting to find out whether charges will now be brought.’

A CPS spokesperson said: ‘What constitutes a “private act” for the purposes of the offence of voyeurism had never been conclusively defined by a higher court until last month. The point of law has now been clarified and the CPS are conducting a fresh review of the decision not to bring charges in the case involving Emily Hunt.’

Dealing with the media: ‘There was always much interest in (and sympathy for) Emily’s case. This may have been in part because the wider factual context is so distressing. I suspect, however, it was also because people were gobsmacked to learn that the criminal justice system regarded the non-consensual filming of someone naked – whether by someone that they are sexually involved with or not – as anything other than illegal.’

Why become a lawyer? ‘It is a great way to be an activist for change. A legal case can often be the ideal “hook” for campaigners wanting to generate understanding, empathy and awareness of social injustice.’

Career high: ‘Joining CWJ two years ago, where I started working exclusively on cases that are strategically important in combating discrimination and violence against women and girls.’

Career low: ‘I still remember the sense of powerlessness I felt in a case where a client pleaded guilty because he did not think he would survive the sheer hell of a trial. I still believe in that client’s innocence.’