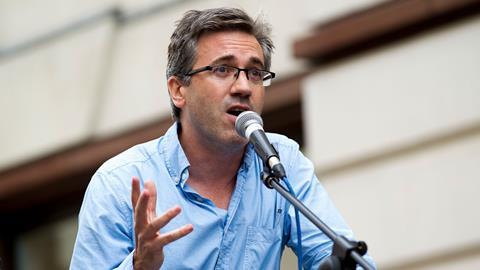 Lawyer in the news: Matt Foot

Why is he in the news? One of a group of prominent lawyers who claim the Criminal Cases Review Commission, which decides whether alleged miscarriages of justice should be referred to the Court of Appeal, is not fit for purpose. A survey of lawyers’ experiences of the commission’s investigations into 33 alleged miscarriages of justice has been submitted as part of a response to the Ministry of Justice’s triennial review of the commission.

Thoughts on the case: ‘The case against Eddie Gilfoyle is somewhat unique in history – that before Eddie went to work he persuaded his pregnant wife, Paula Gilfoyle, to enter the garage and assist in her own hanging. There were no signs of struggle or intoxication. Having been to the scene, and spoken to local witnesses and experts, I am convinced this was a suicide. It is shocking that the Centre for Criminal Appeals and the Cardiff Innocence Project have also faced carte blanche refusals by the CCRC. In 2015 the Justice Select Committee recommended they refer more cases, but last year they only referred 0.77%.’

The CCRC said it has good grounds for thinking that last year’s low referral number will turn out to be an anomaly. The commission added it has not been able to identify any new evidence or legal argument that would justify referring the Gilfoyle case again.

Dealing with the media: ‘Dominic Kennedy, The Times’s investigations editor, has written powerfully about [Eddie’s] case for over 10 years. Mark Daly covered the case in Panorama’s The Last Chance for Justice. As did Jon Robins in The Justice Gap and his new, excellent book Guilty Until Proven Innocent. It is intensely frustrating that the comment pieces in the press ignore miscarriages of justice, in stark contrast to my father, Paul, who wrote relentlessly about such cases in the Mirror, the Guardian, and Private Eye.’

Why become a lawyer? ‘I was encouraged by Jim Nichol, a great appeal lawyer. He worked together with my father on the Bridgewater Four case. I remember the misery of the Court of Appeal rejection in 1989 and the release of three men (Patrick Molloy died in prison) in 1997. I attended both hearings and have never forgotten the moving advocacy of Michael Mansfield and Edward Fitzgerald. It was there I first met Eddie’s sister and brother-in-law in 1997.’

Career low: ‘In 2015 after an inhumane delay (some five years) the CCRC turned down Eddie’s request for an appeal. The substantial evidence provided clearly undermined the findings of the Court of Appeal in 2000. The recent Panorama programme has provided the basis to make a submission to refer the case to the Court of Appeal regarding developments in the understanding of ante-natal depression and suicide.’