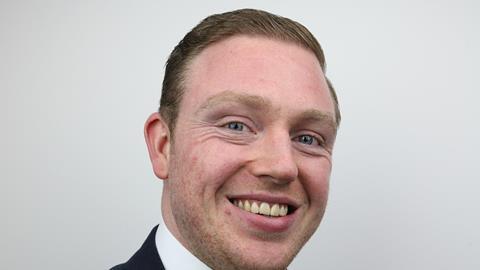 Why is he in the news? In September 2018, British Airways revealed that there had been a major data breach affecting over 420,000 customers and staff. The breach included names, addresses and payment card details. In April 2020, PGMBM filed a claim on behalf of those affected. Last month, the firm announced that the litigation had been resolved on confidential terms. The resolution includes provision for compensation for qualifying claimants who were part of the litigation but does not include any admission of liability by BA.

Thoughts on the case: ‘Our clients were the victims of a data breach at British Airways. It has been widely reported how individuals affected by that data loss variously had to repeatedly contact banks, arrange for cards to be reissued and accounts to be reset while abroad on holiday, and how some were left without access to money. It was evident to us and our excellent counsel team that given the number of affected individuals, bringing a group action would allow more effective and cost-efficient access to justice for all of them. A group litigation order was applied for and granted in October 2019. The resolution, which came following a detailed mediation, is an example of how parties can work together to achieve a positive outcome for claimants, avoiding costs and time which would have been incurred had the action been litigated at court.’

Dealing with the media: ‘There was a lot of media interest in this case from across the world. We have tried to assist journalists in their reporting but our obligations are always to our clients. The settlement has confidentiality provisions so we have not been able to answer many of the questions.’

Why become a lawyer? ‘I have always had a passion for social justice and seeking redress for victims who have been wronged. Assisting individuals in their actions and reaching successful resolutions for them is more rewarding than I could have imagined.’

Career high: ‘Resolving this case, most certainly. We all worked very hard and it was a real team effort. Managing the needs of so many clients can be challenging so I am proud of how all of the different teams, from client care to marketing to the legal team of Tony Winterburn, Kirsten Stewart, Helin Kaplankiran and Toun Cole, helped us get to such a successful resolution.’

Career low: ‘Any unsuccessful outcome on behalf of a client is never an easy pill to swallow. I would like to say that you get used to it, but you don’t. Thankfully I haven’t been in that position too often.’