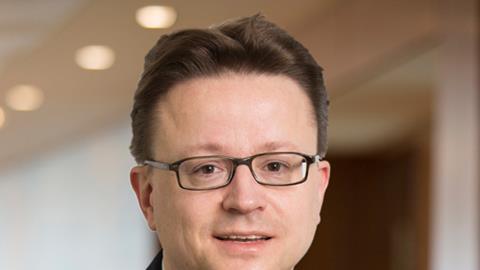 Lawyer in the news: Michael Roberts

Why is he in the news? Hogan Lovells won a landmark privilege case on behalf of Eurasian Natural Resources Corporation Ltd. The Court of Appeal overturned a controversial High Court decision in Director of the Serious Fraud Office v Eurasian Natural Resources Corporation Ltd after Hogan Lovells argued that documents prepared during an internal investigation are protected by litigation privilege.

Thoughts on the case: ‘The SFO liked to protest that there was nothing controversial about Mrs Justice Andrews’ judgment which, they said, was an entirely orthodox application of established principle to unusual facts. That assertion never made sense to ENRC, and the Court of Appeal has now made clear that the judgment was flawed, both on the facts and the law. The judgment risked providing a perverse temptation for companies to avoid internal investigations. As the Court of Appeal recognised, it is self-evidently in the public interest that corporates should not be penalised for acting responsibly and are able to instruct lawyers to conduct investigations without fear that the authorities will later be able to demand all of their work product.’

Dealing with the media: ‘The coverage – and collective sigh of relief – has been extraordinary since the judgment was released. Even overseas, it has attracted significant reporting.’

Why become a lawyer? ‘I stumbled into law. I’m fortunate that it turned out to offer the right blend of academic and commercial.’

Career high: ‘Acting for the liquidator of Mezhprombank against its former owner Sergei Pugachev. Over three years we set about tracing money that had been misappropriated from the bank and proving that Pugachev’s discretionary trusts, which sheltered some of that money, were not genuine. The result could not have been more comprehensive, with the court accepting that the trusts were shams.’

Career low: ‘When we first applied for a Chabra freezing injunction in relation to Pugachev’s trusts, the judge at first instance came up with seven different reasons why we either weren’t entitled to an order or didn’t need one. This risked undermining much of what we had achieved over the preceding year. But in a rare example of an ex parte appeal, the Court of Appeal overturned the decision a couple of weeks later.’