Lawyer in the news: Nusrat Uddin 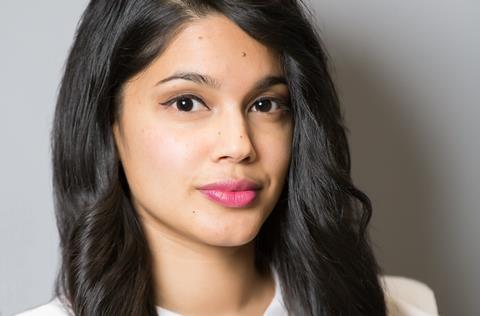 Why is she in the news? The High Court declared that the decision of the Home Office to cut weekly benefits to asylum-seeking victims of trafficking by over 40% – from £65 to £37.75 per week – was unlawful. More than 1,000 victims of trafficking were affected by the cut, which was implemented without consultation with the affected victims or their support providers. Uddin acted for lead claimant K.

Thoughts on the case: ‘Theresa May has made fighting modern slavery a central plank of her policies and promised in 2016 to lead the way in defeating modern slavery. Yet the cuts to victims’ subsistence earlier this year told an entirely different story. We are pleased that the judge recognised the illegality of these cuts and ordered the support to be reinstated, with back payments. The government is failing to put victims’ welfare at the heart of their policies as they said they would. Instead the lack of effective support makes victims susceptible to further exploitation and undermines any efforts to combat modern slavery.’

Dealing with the media: ‘My clients wanted to expose the state’s failures towards them and as their representative it was part of my role to advocate for them and their cause. The press and public were sympathetic to our clients’ plight; the realities of living on such little money and how the cuts have impacted upon victim recovery. Media attention is not something lawyers generally seek. However, in this case, it was important to raise public awareness of these issues and highlight the inconsistencies of the government’s pledge to improve victim support.’

Why become a lawyer? ‘I left an unfulfilling career in the corporate world around 10 years ago to retrain as a solicitor. It is a privilege to now represent some of the most vulnerable people in society and help them to obtain remedies and redress. Our clients’ strength in the face of such adversity can be both inspiring and humbling. Most cases do not set precedents or gain any media attention, but being able to change the position of just one disadvantaged person for the better is an extremely rewarding job.’

Career high: ‘I still remember the highs and lows of the first case which I led as a trainee solicitor. I was instructed one morning by a young vulnerable mother. She had been left with no choice but to sleep rough with her nine-month-old baby, after the council had refused support. The baby had sickle cell anaemia and needed medication which required refrigeration. I immediately prepared a pre-action letter, outlining the council’s legal obligations to support a child in need. After numerous emails and calls that day they provided accommodation by the evening.’