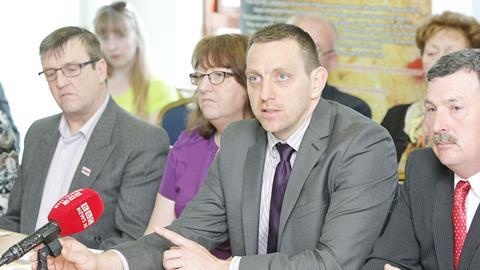 Why is he in the news? His firm has been instructed to consider pursuing legal action over the Internal Market Bill which, if enacted, could override parts of the Withdrawal Agreement in relation to the movement of goods between Britain and ports in Northern Ireland.

Thoughts on the case: ‘The bill is a direct challenge to the rule of law and the British government’s obligations under public international law. The Ireland Protocol found a way of maintaining a frictionless border in Ireland which is a key component of the peace process. The proposals in this bill, if enacted, could jeopardise the gains made by the Good Friday Agreement. We have been instructed by citizens from both unionist and nationalist backgrounds in the north of Ireland, in particular concerned members of the business sector, and residents of the border communities who will be adversely affected by the creation of a hard border. This bill has been widely condemned by civil society, the legal profession and the international community, in particular the EU and US. While the bill passed the first hurdle in the commons, passage through the Lords has been more turbulent. Hopefully, it will not make it to royal assent in its current format. However, if it does these citizens will not stand idly by while the rule of law and the fragile peace process is undermined.’

Dealing with the media: ‘I have been fortunate to be involved in a number of high-profile cases and generally have had a positive experience with the media. I would encourage lawyers, clients and social justice campaigners to engage with the media to highlight injustices and inequalities.’

Why I became a lawyer? ‘I grew up in west Belfast which has been subject not only to the physical violence of the state but also the institutional violence of sectarianism and discrimination, particularly in housing and employment. I wanted to use the law a tool for social change for marginalised communities.’

Career high: ‘I am very proud to have represented the families of victims of our recent conflict including the relatives of 11 civilians who died at the hands of the British army over three days at Ballymurphy in 1971. We are awaiting the findings of a new inquest into these tragic events.’

Career low: ‘Perhaps my biggest frustration is how lengthy and traumatic legal proceedings can be. Many families have waited 40-50 years for truth and justice. Many others, including some of my clients, have died waiting to clear their loved one’s name.’