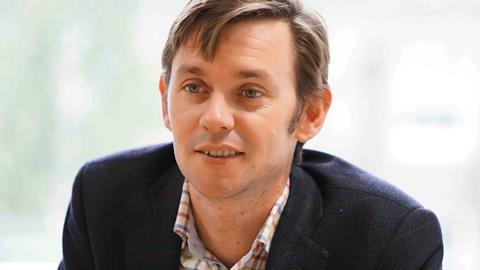 Lawyer in the news: Peter Daly

Why is he in the news? Bindmans is bringing a case at the employment tribunal to determine whether ethical veganism is protected under the Equality Act 2010. The firm says its client, Jordi Casamitjana, was dismissed by the League Against Cruel Sports after he raised concerns that its pension fund was being invested in companies that tested on animals. Casamitjana alleges that the decision to dismiss him was reached because of his philosophical belief in ethical veganism. The charity rejects the claim. The hearing has been listed for 13 and 14 March.

Thoughts on the case: ‘Veganism is an increasingly popular belief, and appears to comply with the tests for protection under the Equality Act 2010. The status of veganism as a protected belief has long been a topic of debate, so it’s satisfying to be able to bring a case which will resolve that debate. It’s ongoing litigation, so it’s not really appropriate to go into detail on matters which are properly dealt with at tribunal, but we are confident of our prospects given the specific facts of the case, and look forward to giving certainty to over 600,000 vegans on the parameters of their legal protections.’

Dealing with the media: ‘The key to dealing with the media is never to lose sight of your central aim: succeeding in the litigation. In some cases that aim can be inimical to media coverage. Each case has to be considered on its own merits as to whether media involvement is appropriate. This is the most recent of a sequence of crowdfunded cases I have acted on, where it’s important to let the media tell the story, and let people know that they can contribute to its success through crowdfunding contributions. The loss of legal aid and the emergence of crowdfunding have meant that media involvement is an increasingly important aspect of litigating.’

Why become a lawyer? ‘Watching the experience of a close family member who was an NHS whistleblower, and wanting to do something for people in similar situations.’

Career high: ‘There is a buzz every time a case is resolved to the satisfaction of the client. Recently, I was pleased with the judgment achieved for my client in litigation against the TaxPayers’ Alliance.’

Career low: ‘Surveying the damage caused by eight years of austerity to the employment tribunal system. The lack of resources is having a measurable impact on people’s workplace rights: if you can’t litigate to enforce your rights, do you meaningfully have any rights at all?’