Who? Rachel Harger, solicitor, actions against police and state, Bindmans. 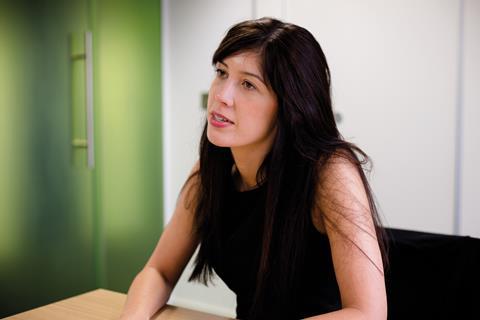 Why is she in the news? Represented Andy Aitchison, who received a fixed penalty notice (FPN) under the coronavirus regulations arising from his attendance at a demonstration outside Napier Barracks, in his capacity as a freelance journalist. The barracks has been used to house asylum seekers and refugees since October 2020.

Thoughts on the case: ‘Having represented a number of people detained in Napier Barracks, I appreciate the role journalists have played in exposing the appalling conditions asylum seekers are forced to live in. Not only was Andy subject to the threat of criminal charges for simply attending a demonstration in his capacity as a freelance journalist, Kent Police then sought to further criminalise him by issuing an FPN days after refusing criminal charges against him. I’m relieved the FPN was withdrawn but there must be a full and meaningful apology by Kent Police.’

A Kent Police spokesperson said: ‘On 28 January Kent Police officers arrested a 46-year-old man following reports of suspected criminal damage in the area of Napier Barracks. As part of enquiries into the damage and to establish the circumstances, CCTV footage has been examined and he has subsequently been released without charge. Officers investigating an allegation of crime have the power to make an arrest when they feel it is necessary and proportionate to do so in order for them to carry out further enquiries. An arrest does not imply guilt and in some cases people are released without charge. It also does not imply that anyone is in the wrong, whether that is the individual arrested or the officer who made the arrest. The man was issued with an FPN under the coronavirus regulations, however this was rescinded.’

Dealing with the media: ‘The work and freedom of the media were at the heart of this case and journalists have been supportive of Andy’s efforts to hold Kent Police accountable.’

Why become a lawyer? ‘Experiencing policing of activists who want a better world. A friend was nearly killed when he was struck round the head by a police baton while we protested. I want to use the law as a means not just to fight injustice but also build a better and equal society.’

Career high: ‘It is a huge privilege to be in a position where I am able to work with people who have been wronged by the state.’

Career low: ‘The continuous cuts to legal aid, the growing threat to the Human Rights Act and the dehumanising misinformation spread about people who have migrated to the UK.’