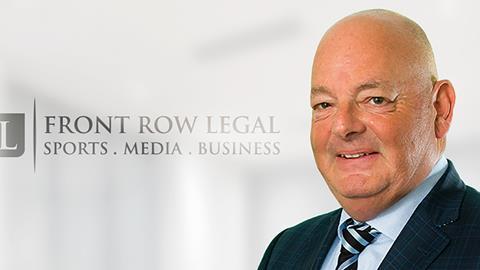 Why is he in the news? One of a number of sports lawyers who were asked by various media outlets to comment on the seismic news that 12 football clubs – including Arsenal, Chelsea, Liverpool, Manchester City, Manchester United and Tottenham Hotspur – had agreed to join a new European Super League. Following widespread fan uproar, all six Premier League teams decided to withdraw.

Thoughts on the case: ‘It’s one of the biggest, most sensational stories in football for several years.

‘The Premier League is one of the biggest competitions in the world. The top four qualify each year for the Champions League. When you take away that qualification, you’re taking away a big part of what the Premier League is about. This was a whirlwind 48 hours. The clubs who signed up completely underestimated the power of the fans. Legal challenges would have been inevitable. Interestingly, in Spain an injunction was obtained on behalf of the players to restrain UEFA from imposing bans, which it threatened to do. Lots of sports lawyers would have been rubbing their hands with this project but it collapsed at the first hurdle.’

Dealing with the media: ‘There were rumours in the afternoon on the Sunday the announcement was made. I have a media consultant. We had a chat at about 5.30pm to see if I would be available to provide some legal commentary. I got the green light from Mrs C to do it – we were out for our first dinner since lockdown restrictions eased! With a story like this, the press want an immediate reaction. I did a live piece via Skype for Sky Sports News at 8.30pm.’

Why become a lawyer? ‘My father was a bookmaker. I wanted to be a bookmaker but my parents wanted me to have a “proper job”. Sport came along later in my career.’

Career high: ‘Setting up by myself. I resigned from a well-established legal practice. Within three months I got a phone call from [owner] Mohamed Al-Fayed to act for Fulham FC.’

Career low: ‘I was involved in the Newcastle United Supporters Save Our Seats campaign in 2000. We did not succeed at first instance. Three months of huge legal effort on an expedited trial. But we got a better result at the Court of Appeal in front of the then master of the rolls, Harry Woolf.’