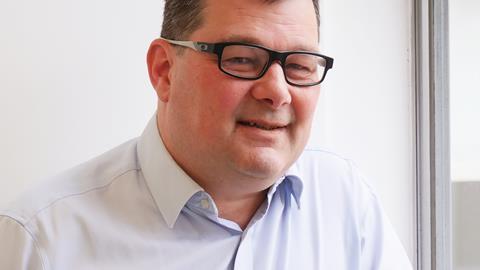 Lawyer in the news: Sean Humber

Why is he in the news? Represented Rachael Andrews, who is blind, and who successfully challenged the government’s voting provisions for blind and partially sighted voters. Leigh Day says the High Court judgment will affect around 350,000 people.

Thoughts on the case: ‘The case highlights the failure of governments to make suitable arrangements to allow blind and partially sighted people to vote independently and in secret. The current arrangements, now declared unlawful, simply involve fitting a transparent plastic sheet on top of the ballot paper, with the sheet having a number of flaps corresponding to where voters are able to mark an ‘X’ next to candidates’ names. Unfortunately, this still leaves blind and partially sighted voters needing help from others to identify the names of the candidates and the order in which they appear on the ballot paper.

‘Despite a tacit recognition by government over many years that these arrangements are unsatisfactory, a lack of political will and the low priority given to disability issues means the problem has not been addressed. This case will force the government to tackle the issue.’

Dealing with the media: ‘It was essential to explain the story and its wider significance in a way that engaged non-lawyers. It was also important to identify the journalists most likely to be interested in the issue and to understand that they have deadlines and usually need succinct quotes that add to their piece. It helped greatly having such a dynamic client and a damning judgment that described the current arrangements as being “a parody of the electoral process”.’

Why become a lawyer? ‘While working for Friends of the Earth in the late 1980s, a wily environmental campaigner called Andrew Lees opened my eyes to how campaigners can use the law to achieve change. In that case, by highlighting the UK’s failure to comply with the (then) European Council Drinking Water Directive.’

Career high: ‘Acting for prisoners with disabilities to get their care needs met. A highlight included the transfer of a prisoner with severe mental health issues, who I really don’t believe even knew why he was in prison, to a secure hospital where he could get the treatment he so desperately needed.’

Career low: ‘Trying to give evidence to a parliamentary committee on why prisoners should be allowed to vote, while acting for 550 prisoners in applications to the European Court of Human Rights. Depressingly, the committee members were far more intent on grandstanding for the cameras than actually engaging in the serious issues.’