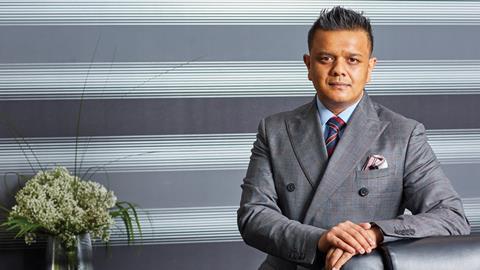 Why is he in the news? Güralp Systems Ltd, a British seismic equipment company, entered into a deferred prosecution agreement, accepting charges of conspiracy to make corrupt payments to a South Korean public official and failure to prevent bribery between 2002 and 2015. This followed a complex investigation involving the US Department of Justice and the UK’s Serious Fraud Office. Three senior Güralp Systems executives were prosecuted. Syedur led the team that successfully defended Natalie Pearce, the company’s head of sales, who was acquitted of all charges against her.

Thoughts on the case: ‘This was a multi-jurisdictional case and the SFO’s approach to my client is worthy of criticism. Her acquittal raises questions about the integrity of the process by which the SFO conducts itself when dealing with DPAs. Nobody at Güralp Systems was found guilty of any wrongdoing, which begs the question why the company actually admitted to wrongdoing in order to gain a DPA. And after the acquittals the SFO published the DPA, which includes my client’s name. It seems grossly unfair that this document exists and has been made public, as it names our client as being involved in wrongdoing when she has been cleared after a trial by a jury.’

Dealing with the media: ‘During the proceedings, there were reporting restrictions in place, particularly regarding issues relating to the DPA. While the restrictions are understandable, they are a difficult pill to swallow when the DPA has been concluded – and names my client – and yet we are not able to say anything until the end of the trial.’

Why become a lawyer? ‘I had no overwhelming interest to become a lawyer as a youngster, but I came to see the law as a profession that could be fulfilling and offered a chance to make a difference to people’s lives.’

Career high: ‘One particular case, involving an allegation of bribery and corruption by the SFO against our corporate client in the energy sector, was a particularly pleasing victory. I feel fortunate to have been involved in some of the most high-profile SFO investigations in recent years.’

Career low: ‘In my early years as a solicitor, a client took his life on the morning of his trial. He sent me a suicide note explaining the stress he had been going through and thanked me deeply for trying to help him. What made it especially tragic was that later in the morning the prosecution was willing to take a view and offer no evidence against him.’