Lawyer in the news: Tamsin Allen 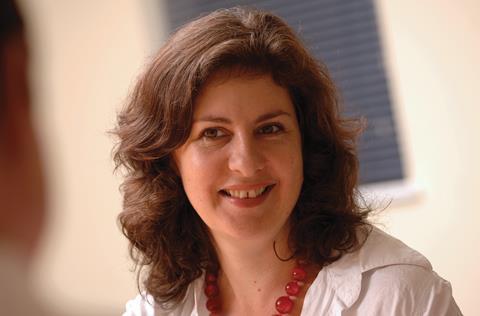 Who? Tamsin Allen, head of media and information law at Bindmans, London.

Why is she in the news? Represents Alaedeen Sicri, one of 22 people arrested in connection with last year’s Manchester Arena terrorist attack. In a statement read before Mr Justice Warby in open court this month, Newsquest Media Group, which publishes the Argus Newspaper in Brighton, apologised to Sicri over an article alleging that he was an ISIS sympathiser who had publicly mourned the death of an ISIS leader. Sicri was released without charge. Bindmans says he had nothing to do with the attack and had no connection or affiliation with the bomber or other terrorists.

Thoughts on the case: ‘News reporting at a time of national tragedy is important, but it is also essential that newspapers are careful at times of heightened anxiety. In this case, an innocent man was arrested after the Manchester bombing because he had been randomly telephoned by the bomber, whom he did not know. He was released without charge but by then his life had been destroyed. His name was released by the press and a number of newspapers went through his facebook feed and falsely claimed he was a terror supporter. This case is the start of a number of claims for Alaedeen to restore his reputation and establish he had a right to privacy after the arrest.’

Dealing with the media: ‘I am often exposed to incredibly irresponsible reporting. But I also represent some national media and NGO publishers who are doing their best to fulfil their important role responsibly. I also see this in my work for whistleblowers such as Christopher Wylie who partnered with a number of – usually rival – media organisations to ensure the widest possible audience. In this sort of work constructive relationships with the media are crucial.’

Why become a lawyer? ‘I intended to be a barrister but read Bleak House and abandoned the idea for 15 years. When I retrained as a solicitor I found that it was possible to be a campaigning lawyer. Working with inspirational human rights lawyers like Ben Birnberg and Geoffrey Bindman showed me how.’

Career high: ‘As a trainee I represented the family of Derek Bentley in their successful appeal against Bentley’s wrongful murder conviction which led to him being hanged in the 1950s aged 18. More recently, my work on the phone-hacking scandal and for the Cambridge Analytica and Vote Leave whistleblowers.’

Career low: ‘Watching access to justice becoming a privilege rather than a right thanks to the inhumane dismantling of a comprehensive legal aid system. But I suspect the real low may come after Brexit.’