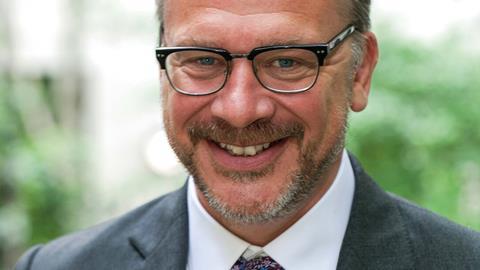 Lawyer in the news: Tim Powell

Why is he in the news? Powell Gilbert successfully represented Actavis, a leading manufacturer of generic pharmaceuticals, in its long-running battle with Warner-Lambert concerning the blockbuster drug pregabalin. Warner-Lambert alleged that Actavis infringed its patent for a new use of pregabalin in treating neuropathic pain by marketing a ‘skinny label’ product aimed at the off-patent, non-pain market. The Supreme Court held that Warner-Lambert’s patent was invalid.

Thoughts on the case: ‘This was a hard-fought case raising complex issues of public policy on the protection to be given for the discovery of new uses for known drugs. The Supreme Court assessed what a patentee needed to show to make the new use claim plausible and grappled with the issue of how a cheaper generic drug could be marketed for old uses. A lot of money turned on the outcome – pregabalin has a market of more than £200m in the UK. The impact to the NHS of having restricted access to cheaper generic alternatives was also considerable, with estimates as high as £500m.’

Dealing with the media: ‘Patent cases used to be fought out of the public eye but now, given the importance of the knowledge economy, there is increasing media interest. We are always conscious that the outcomes may be price-sensitive, and have considerable commercial and reputational impact for our clients. So we are careful about handling media enquiries.’

Why become a lawyer? ‘I studied natural sciences at university and wanted to keep in touch with my scientific interests. Becoming a patent litigator has exposed me to incredible new technologies, people at the top of their fields and the opportunity to work on matters of huge commercial importance. There is always something new to learn and each case brings new challenges. Having a team of highly motivated and intelligent lawyers around me certainly helps.’

Career high: ‘A highlight was one of my earliest trials. Our clients had discovered the hepatitis C virus, enabling diagnostics to be developed and contaminated blood to be screened for the first time. Two Nobel prize winners gave evidence at the trial and the level of debate was extraordinary. More recently, my high point was founding Powell Gilbert with Penny Gilbert, Alex Wilson, Simon Ayrton and Zoe Butler, and seeing it grow to the thriving team we have today.’

Career low: ‘A particular low as a trainee was being given the job of watching paint (or at least a polymer film) dry for 12 hours during litigation experiments. The level of mistrust between the parties was such that it was thought unwise to leave it unattended in case it was tampered with. Thankfully most of my work since then has been more intellectually stimulating.’