Upon our departure from the EU, the UK extradition landscape has changed - although not as much as one might think. 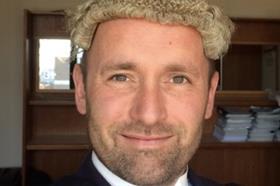 Prior to our departure by far the highest volume of extradition cases were through the European Arrest Warrant (EAW) scheme. The UK-EU Trade and Cooperation Agreement (TCA) was signed on the 24 December 2020 and came into force at 11:01pm on 31 December 2020. Among other things, the TCA created a new extradition warrant called simply the Arrest Warrant (AW).

The AW surrender arrangements are contained in Title VII of Part 3 in the TCA.

Legislatively, as incorporated into the Extradition Act 2003 (the 2003 Act) by the European Union (Future Relationship) Act 2020 (the 2020 Act), the new AW scheme is largely consistent with that operated under the EAW scheme and averted the need to fall back on the 1957 Convention on Extradition.

The combined effect of 2020, the Law Enforcement and Security (Amendment) (EU exit) Regulations 2019 as subsequently amended, is that as of 11:01pm on 31 December 2020, under the 2003 Act, the EU27 and Gibraltar will now remain as Part 1 territories, and Norway and Iceland will become Part 2 territories. Therefore, as before, the vast majority of procedures will take place via the provisions of Part 1 of the 2003 Act.

It must be said that the new AW (which can be found at Annex Law-5 of the TCA) is virtually (although not completely) identical in content and form to the ‘old’ EAW (just with the word ‘European’ deleted!)

However, the new scheme does subtly differ from the procedure of the EAW scheme in some respects. For example, the dual criminality provisions whilst very similar are not identical: The TCA replicates the European Framework List of offences with a virtually identical list in respect of which dual criminality is addressed as per the amendments to sections 64 and 65 of the 2003 Act inserted by section 12 of the 2020 Act. This now involves a mandatory although not (as previously) an obligatory waiver of dual criminality for such list offences.

A further departure from the EAW scheme is the inclusion of an optional nationality bar (Article Law Surr 83). This provision provides an ability to refuse to execute an arrest warrant on the grounds of nationality. Under this article the EU may notify the Specialised Committee on Law Enforcement and Judicial Cooperation of the names of any state that will apply this nationality bar. Such notifications are anticipated by Germany, Austria and Slovenia (these states having declined to extradite their nationals to the UK during the transitional period).

The TCA is an international treaty and its relationship with the provisions of the 2003 Act is yet to be determined by the courts. However, the speech of Lord Mance in Assange v Sweden [2012] UKSC 22 is instructive in this regard:

‘The issues on the present appeal thus involve consideration of the interface between the European Framework Decision operating at an inter-government level and the United Kingdom’s domestic legislation in the form of the Extradition Act 2003. The Act was introduced to give effect to the Framework Decision. There are two different bases upon which this may be relevant. The first basis is the common law presumption that the Act gave effect to the United Kingdom’s international obligations fully and consistently (see Bennion’s Statutory Interpretation, 5th ed (2008), sections 182 and 221). However, the Act was and is in noticeably different terms, and it is not axiomatic that it did so in every respect. The presumption is a canon of construction which must yield to contrary parliamentary intent and does not exclude other canons or admissible aids. As Lord Bridge of Harwich said in R v Secretary of State for the Home Department, Ex p Brind [1991] 1 AC 696, 748B­ C:

“When confronted with a simple choice between two possible interpretations of some specific statutory provision, the presumption whereby the courts prefer that which avoids conflict between our domestic legislation and our international treaty obligations is a mere canon of construction which involves no importation of international law into the domestic field.”

The second basis upon which the Framework Decision may be relevant is the duty of conforming interpretation, which the Court of Justice in Criminal proceedings against Pupino (Case C-105/03) [2006] QB 83 held to be incumbent on domestic courts in the context of framework decisions.’

Given that the 2003 Act was not enacted to give effect to the TCA, it is only the first of the above interpretative bases that is relevant, namely the common law presumption that parliament intends to honour the UK’s international obligations fully and consistently. The fact that the TCA post-dates the 2003 Act may not cause much difficulty in that regard but needs to be considered.

Another issue that may now arise is the issue of the effect of the TCA in the law of the requesting state. As each non-UK requesting state will inevitably continue to operate under the EAW Framework system in relation to the UK then this may generate jurisdictional arguments. This is due to the fundamental difference that now exists between the legal basis for the ‘old’ EAW scheme and the ‘new’ scheme under the TCA/2003 Act. It is noteworthy in this regard that all of the non-UK requesting states will continue to be subject to the jurisdiction of the European Court of Justice whereas the UK court will not. This could create a significant jurisdictional difficulty for the ‘new’ scheme under the TCA. This area is yet to be litigated but watch this space.