On 1 April 2013, the 64th update to the Civil Procedure Rules came into force and brought with it the requirement for budgets to be filed and served in all multi-track claims (initially with the exception of those in the Commercial/Admiralty Courts but subsequently extended to those courts) issued on or after 1 April 2013 and in all other claims where ordered by the court.

The thrust of these proposed reforms to the CPR was driven by the need to streamline the costs of litigation. 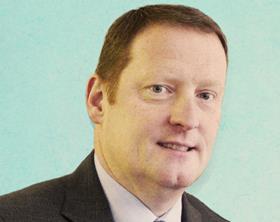 The reforms to the CPR in 2013 promised much, with costs budgeting/management being billed as the replacement for the current cumbersome costs system. On 6 April 2017, the 88th update to the CPR came into force, bringing with it various amendments relating to costs budgeting, fixed costs and the multi-track, sanctions for non-payment of trial fees for claim and counterclaim, Aarhus Convention claims, judicial review, admiralty claims and reference to the European court.

These amendments include further fine-tuning of the rules in relation to costs management by following the comments made by the Court of Appeal in SARPD Oil International Ltd v Addax Energy SA and another [2016] EWCA Civ 120 regarding incurred costs. This was an appeal from the decision of Andrew Smith J, who had originally refused to grant the application of Addax Energy SA for security for its and third-party defendant costs of a little under £900,000. One of the decisions given by the appeal court was that SARPD Oil International Ltd was not entitled to go behind the cost figures in the costs budgets. It held that the time for challenging those figures (for both incurred and future costs) was at the first case management conference.

Sales LJ said: ‘It would be contrary to the overriding objective to allow SARPD to try to reopen costs issues which it had already had a fair opportunity to address. It would not be just to permit it to do that and it would add disproportionate cost in dealing with the case if a court had to go behind the settled costs budgets in a case like this.’

While in some ways logical, this decision was a step too far as the appeal court was suggesting that there should be full argument about costs already incurred at the case management stage. This latest amendment to the rules brings the procedure back to the pre-SARPD regime, by allowing the judge to record their view on the costs incurred to date, and whether they appear proportionate without requiring an assessment of those costs. It is thought to have been introduced to prevent lengthy discussions over the costs incurred at the case management stage by allowing the judge to record their views on incurred costs without the need to assess them.

So what happens if a point is not raised at the case management stage – can it be pursued at a detailed assessment and is this likely to lead to a more forensic review of costs budgets, leading to longer case management hearings in already overburdened courts, driving up the costs of litigation?

If the judge at the case management stage records a view that one party’s incurred costs are reasonable and proportionate, despite objections from the opposing party, does this now in effect preclude them from arguing against those costs at the detailed assessment stage?

Merrix v Heart of England NHS Trust [2017] EWHC 346 (QB) may provide some guidance. In this case, Mrs Justice Carr was tasked with answering the question ‘to what extent, if at all, does the costs budgeting regime under CPR Part 3 fetter the powers and discretion of the costs judge at a detailed assessment of costs under CPR Part 47?’

The appellant contended that the starting point at a detailed assessment was the sum allowed in the relevant phase of the agreed or approved budget and the costs judge should only depart from it for good reason. The issue of good reason, it claimed, had to be raised and established by the party asserting it.

The respondent contended that CPR 3.18 only applied if the receiving party sought to recover more than the sums budgeted. It claimed that its effect was not to constrain the costs judge to allow the full sum provided for in the budget, that the budget was a fund not a single figure, and that there was no departure from the budget if, on detailed assessment, a costs judge decided that less than the full budget needed to be spent. The respondent claimed that it was only if a party attempted to recover in excess of its budget that the rules were applicable.

So while the court cannot conduct an assessment of incurred costs at the case management stage, its decision on those costs will bind the parties at any detailed assessment, unless of course there is good reason otherwise.

But what exactly constitutes good reason? In Elvanite Full Circle Ltd v AMEC Earth & Environmental (UK) Ltd [2013] EWHC 1643 (TCC), the Honourable Mr Justice Coulson considered that where expert evidence had not been anticipated or provided for in the budget but was subsequently required would, in his view, be a good reason to depart from the costs budget. However, in Churchill v Boot [2016] EWHC 1322 (QB) the claimant was refused permission to appeal against the decision of the master refusing him permission to amend the costs budget. In this case, the amount of the claim had doubled, there had been a delay to the trial by six to nine months, and further disclosure was required which led to updated expert reports being served. The master’s judgment in the original application gives some insight into why the application was refused: ‘In my judgment, this case has gone out of control and the solicitor managing it, it would appear, had, frankly, no regard to or respect for the budget or what was budgeted or allowed to be spent.’

The authorities illustrate that the court is taking its costs management role seriously. Even if a good reason can be shown, departure from the budget will not be permitted where the court considers there has been a mismanagement of the case, even where costs have unexpectedly increased or could not reasonably have been anticipated at the time the budget was prepared.

Will this change to the rules fetter the costs judge’s approach? I think that is unlikely.

The costs judge’s jurisdiction and role were touched upon in the matter of Car Giant Ltd & Acredart Ltd v The Mayor and Burgesses of the London Borough of Hammersmith [2017] EWHC 464 (TCC). There, Mr Stephen Furst QC (sitting as a deputy High Court judge) made the following observation when asked to give an indication of reasonableness in relation to certain costs that were incurred which were in excess of the costs budget: ‘I can understand that there might be cases where the trial judge has a particular view of costs or on an aspect of costs, having conducted the trial or where he has had to decide an issue which is directly relevant to the assessment of costs. Absent such circumstances, it would seem to me that a court should not seek to trammel the costs judge’s jurisdiction, particularly where the costs judge has much greater experience of such matters than I have.’

The amendments to the rules look to be a refinement of an evolving system. Costs budgeting and detailed assessment are two separate procedures but with the same aim – keeping costs reasonable and proportionate. A costs budget is an instrument for the management of costs and an important reference point in any subsequent detailed assessment.

Whatever your view on the rule change, one thing is abundantly clear: parties now have a responsibility to their clients, at the case management stage, to ensure that any issues they have with an opposing party’s costs budget are raised and dealt with.