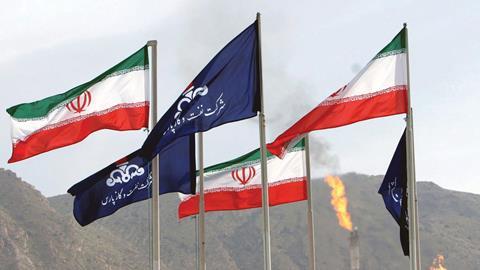 What happens if a party to arbitral proceedings decides to commence an arbitration claim in the High Court (CPR part 62) but subsequently files and serves a notice of discontinuance? Will the claim be automatically discontinued with the usual cost consequences? And what approach will the court take if the other side decides to apply to have the notice set aside? These issues were considered in National Iranian Oil Company v (1) Crescent Petroleum Company International Ltd (2) Crescent Gas Corporation Lid [2016] EWHC 1900 (Comm).

The Civil Procedure Rules on discontinuance

The rules on discontinuance are contained in CPR part 38. A claimant wishing to discontinue all or part of his claim will, unless the court orders otherwise, be liable to pay the defendant’s costs (CPR 38.6(1)). The claimant must serve a notice of discontinuance on the defendant and file it with the court (CPR 38.3). The defendant may make an application to the court to have the notice of discontinuance set aside (CPR 38.4), but the court will always retain discretion whether to set aside the notice and may do so if it finds that there has been an abuse of process (commentary to 38.4). These provisions apply equally to parties to an arbitration claim in the High Court.

In National Iranian Oil Company the claimant commenced arbitration claims under section 68(2)(1) of the Arbitration Act 1996 and for failing to properly police the arbitration, which it argued was a breach of section 33 of the act. Those claims related to an award against the claimant on the issue of liability. The claimant subsequently served and filed a notice of discontinuance and explained to the defendants that this was being done without prejudice to any of its arguments. As the judge, Mr Justice Burton, noted the letter appeared to try to preserve the claimant’s right to make all the same allegations as were pursued in the arbitration claim in some other forum.

The defendants applied to have the notice set aside on the principal ground that it was a way of avoiding the consequences of no longer asking the supervisory court to deal with the allegations made, and seeking to preserve them to be heard in another forum. It was only after the defendants had issued their application to set aside the notice that the claimant offered an undertaking similar to that given in a previous decision of the High Court in Sheltam Rail Company (Proprietary) Ltd v (1) Mirambo Holdings Ltd (2) Primefuels (Kenya) Ltd [2008] EWHC 829 (Comm). In Sheltam the discontinuing party provided the court with an undertaking not to challenge recognition and enforcement by using the arguments raised in its arbitration claims.

Burton J began by analysing the wording of the claimant’s letter and observed that it had been carefully drafted and limited to the claimant agreeing not to resist the recognition or enforcement of the award which only dealt with liability. Following Aikens J’s comments in Sheltam, Burton J asserted that, although the claimant’s letter and subsequent undertaking tried to preserve the claimant’s rights to make the same allegations in another forum, the High Court was the supervisory court where such allegations should be addressed. Further, the undertaking did not deal at all with the issue of quantum which was due to be heard in the arbitration later in the year.

As a consequence, Burton J held that the undertaking was insufficient and did not protect the defendants if and when it came to enforce an enforceable award. Rather than file a notice of discontinuance, there should have been a dismissal of the remaining grounds which was what the claimant must have intended so that those remaining grounds could not be relied upon in any other forum.

Burton J stated that if this was not what the claimant intended then the undertaking was ‘unsatisfactory and unacceptable in a case where the supervising court is all ready to deal with the remaining grounds of appeal and, if it does not deal with them, then there would be uncertainty and all these lengthy grounds set out in an appeal before me would be at risk of being repeated before a court which is neither the supervisory court nor would have any real knowledge of the arbitration’.

Burton J went on to dismiss the two grounds relied upon by the claimant in its arbitration claim and granted permission to the defendants to set aside the notice of discontinuance.

National Iranian Oil makes clear that a party wishing to discontinue an arbitration claim cannot simply assume that the matter will automatically be discontinued with the usual cost consequences. In circumstances where the other side decides to make an application to set aside the notice, the court will carefully consider the circumstances in which the notice of discontinuance was issued and what the discontinuing party was attempting to achieve by issuing and serving the notice.

More importantly, the court may require the discontinuing party to provide an undertaking to the court not to challenge recognition and enforcement by using the arguments raised in court. This approach is to be commended because it prevents parties from taking tactical steps which would undermine the law and practice of arbitration.

Masood Ahmed University of Leicester, is also a member of the Civil Procedure Rule Committee