...It takes six years then three come at once

An opt out collective proceedings order (CPO) may be sought in the Competition Appeals Tribunal (CAT) for claims relating to a breach of the Competition Act 1998. Despite this procedural mechanism being introduced in 2015, after a long six year wait, three CPOs have been approved in quick succession, with the landmark decision in Merricks v Mastercard paving the way. Opt out proceedings are significantly more attractive to claimant lawyers and third-party funders, as there is no requirement to 'book-build' the group of claimants; instead the claimants will be automatically joined to the group unless they 'opt out'. 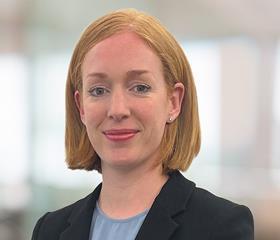 In the case of Gutmann v First MTR South Western Trains & Others the claimants allege that train operators on the South-Western and South-Eastern railways abused their dominant position. The issue centres on alleged overcharging where Transport for London travelcard holders travelled outside the permitted zones.

The claimants allege that the respondents failed to make available 'boundary fares' or failed to make customers adequately aware of them. Making boundary fares available would mean that passengers need only pay for that portion of their journey outside the zone already covered by their travelcard. Instead, many passengers were charged for entire journeys, even where much of it was within the zone covered by their travelcard.

In its judgment, the tribunal considered the cost benefit assessment of the claim proceeding on an opt out basis, particularly given the potentially modest value of the individual claims, and the risk that only the lawyers and the funders stood to gain as a result. Despite the cost benefit analysis coming out slightly against the granting of the CPO, applying the aggregate damages principles from Merricks, the tribunal unanimously held that 'We have no doubt that it is not practicable for opt-in proceedings to be brought here. The small amount of estimated individual recovery means that very few persons would seek to opt-in, and the large size of the class in each action would make opt-in proceedings very difficult to manage'. The class size in the in the South-Western case is estimated to be 2,076,038, and in the South-Eastern case, the estimate is 885,012.

The Gutmann proceedings are backed by Woodsford Litigation Funding and damages have been estimated at some £93m. The tribunal concluded that 'the claims, have a realistic prospect of success in the context of the Respondents’ summary judgment applications. On the basis of that analysis, we see no ground here to find that the Applicant should be allowed to pursue only opt-in collective proceedings.'

The second recent CAT ruling in favour of an opt-out CPO was the case of Justin le Patourel v BT Group plc. This case stemmed from a 2017 Ofcom finding that BT overcharged customers who only purchased a landline service, without also buying other bundled services. The founder of the consumer group Collective Action on Landlines, Justin le Patourel, is now to act as the class representative of some 2.3 million BT landline-only customers who were adversely affected. The group action is backed by Harbour Litigation Funding.

The value of the claim against BT has been estimated at £600 million, with an average value of £500 per claimant. The CAT again found in favour of an opt-out CPO and rejected the contention that a large number of the affected customers would opt-in to such proceedings, concluding that 'the opt-out basis is clearly more appropriate and suitable than the opt-in basis'.

These two judgments, coming in rapid succession, suggest that predictions that the Merricks v Mastercard decision would 'open the floodgates' to opt-out CPOs in the CAT are proving to be right, and they are paving the way for further opt out proceedings.

Perhaps the most influential part of the Supreme Court’s reasoning in Merricks v Mastercard spoke to the very purpose of opt out CPOs, and how they provide a powerful way for consumers impacted by 'anti-competitive conduct' to secure justice. This reasoning was cited in the Gutmann case as follows:

'Where the harmful impact of such conduct affects consumers, it may typically cause damage to very large classes of claimants. Proof of breach, causation and loss is likely to involve very difficult and expensive forensic work, both in terms of the assembly of evidence and the analysis of its economic effect. Viewed from the perspective of an individual consumer, the likely disparity between the cost and effort involved in bringing such a claim and the monetary amount of the consumer’s individual loss, coupled with the much greater litigation resources likely to be available to the alleged wrongdoer, means that it will rarely, if ever, be a wise or proportionate use of limited resources for the consumer to litigate alone.'

Looking beyond the legal and policy considerations underpinning group actions, another important recent development is that the infrastructure to support group litigation in England is now maturing. We are currently seeing an array of funders which are willing to bankroll such claims. Lawyers are rapidly developing both the expertise and the technological and administrative capacities required to efficiently take a case on behalf of potentially millions of clients.

Providing a quality legal service to thousands or indeed millions of clients is not without challenges. In order to do so effectively, law firms are embracing innovations such as using AI or automated online systems to onboard clients and to keep them informed as a case progress. Automated chatbots can be used to respond to more straightforward client queries. Targeted social media advertising can be used to find clients, or to inform members of a class of plaintiffs of the existence of a case.

Coupled with these technological advancements, we are seeing an increased willingness of third-party funders. To illustrate, both the BT and the Gutmann proceedings are backed by third party funders and as stated by the CAT in Gutmann: 'it is generally acknowledged that third-party funding is a necessary feature of many collective proceedings'.

These developments in the law of England and Wales, and the wider legal system, are combining to create an extremely powerful way for consumers to discharge their rights. With the first three opt-out collective actions having been approved, it is likely that we will see an increase in claimants pursuing breaches of competition law on an opt-out basis.

However, the recent decision in Lloyd v Google will provide some relief to potential defendants to group actions, as the Supreme Court has ruled against that case proceeding effectively on an opt-out basis under CPR 19.6. Whilst that decision provides helpful guidance regarding the type of claims that might proceed under the representative machinery of CPR 19.6, for the time being, it is likely that breaches of competition law pursued in the CAT will be where the opt-out procedural process will develop in England and Wales.

Becca Hogan is a partner at Signature Litigation LLP