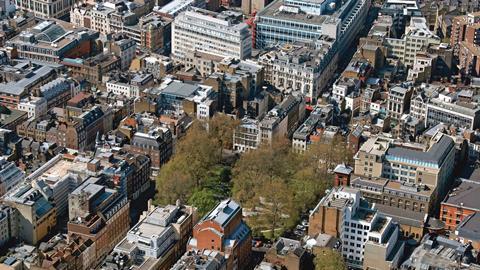 As the average lease length decreases, a review of dilapidations liability by the Court of Appeal is timely. Dilapidations are the repair works which have not been undertaken by the tenant, in breach of the terms of the lease.

At common law, when a commercial lease ends the landlord is entitled to damages equal to the cost of repairs that the tenant should have carried out, plus loss of rent during the period needed to carry out those works. Section 18(1) of the Landlord and Tenant Act 1927 imposes a cap on this amount equal to the diminution in value to the landlord’s reversion caused by the breaches.

The interpretation of these broad principles leaves ample scope for disagreement on the extent of work required, the cost of the work and the liability for it. While valuation is not part of a solicitor’s role, as lease lengths decrease, lawyers will increasingly be asked for their views on types of works. These issues were considered in Sunlife Europe Properties Ltd v Tiger Aspect Holdings Ltd and another [2013] EWCA Civ 1656.

The tenant, Tiger, had a lease of offices in London’s Soho Square with comprehensive repairing obligations. At the end of the lease the premises were left in poor condition. The landlord carried out extensive work to re-let the premises, and then sued the tenant for the cost of those works.

The judge at first instance correctly directed himself as to the procedure to be followed. First, what was the scope of Tiger’s repairing obligation under the lease? Second, what was the reasonable cost of putting the building back into the condition which it should have been in if there had been sufficient performance by Tiger of its obligations?

Third, what is the difference between the value of the building in its actual condition at the expiry of the lease and the condition which it should have been in if there had been sufficient performance by Tiger of its obligations? The standard of repair at the end of the lease, from Proudfoot v Hart [1890] 25 QBD 42, is to be assessed having regard to the age, character and locality of the building for the occupation of a tenant of the class who would be likely to take it.

It is possible that not all of the work required to make premises fit for letting falls within the terms of the repairing covenant of the lease in question. This type of cost cannot be recovered from the tenant. Supersession should also be considered: if the work required for re-letting would make some of the works required to comply with the repair covenant redundant, the landlord will not suffer a loss if those repair works were not done.

Tenants’ solicitors who are asked to advise on dilapidations should be alive to both of these possibilities. In Tiger, the facade fell into the supersession category. Even if the tenant had left the facade in good repair, the landlord would have re-rendered the facade to make the building more attractive.

The tenant is obliged to return the premises in good and tenantable repair and condition, and with the mechanical and electrical systems in satisfactory working order. They are not required to return the premises with new equipment or with equipment with any particular life expectancy. The standard of repair is judged by reference to the condition of the fabric, equipment and fittings at the time of the demise, not the condition that would be expected of an equivalent building at the expiry of the term.

Both parties in Sunlife Europe Properties Ltd v Tiger Aspect Holdings Ltd made use of valuation reports prepared by specialist valuers. The valuation method used to determine the value of the reversion was a residual valuation. That is, the value of the building following the works, deferred for the period of time needed to carry out those works, less the costs of works plus a developer’s profit on those works.

It can readily be seen that the less the work required to the property, the greater the valuation. The residual valuation is heavily dependent on the accuracy of the estimated deductions. Some criticism was implied of the use of valuers to estimate deductions when the appropriate specialists were building surveyors. Just as a commercial property solicitor would hesitate to advise on matrimonial laws, surveyors too have their own areas of expertise, with associated limits on their knowledge.

However the Court of Appeal was content with the residual valuation approach in principle, and on the facts of the case held that statutory cap on damages was not met.

Any case on repairs is heavily reliant on facts and the lease wording. Tiger is especially useful for solicitors because the judge at first instance undertook a careful and forensic analysis of an office building in disrepair. This analysis was expressly approved by the Court of Appeal, which means that the first instance judgment offers a number of helpful insights, not least the comments on the mechanical and electrical apparatus.

Lifts and air conditioning apparatus often form the basis of a dilapidations dispute. Unless there is wording in the lease to the contrary, mechanical and electrical apparatus should be returned to the landlord in working order, and need not be replaced with brand new apparatus.

As an alternative to reading Tiger, or in addition to it, practitioners might also like to consider Professional Arbitration on Court Terms (PACT) as a means of resolving dilapidations disputes. The scheme allows parties to have some aspects of their case determined with the assistance of an arbitrator appointed by the Law Society or the Royal Institution of Chartered Surveyors, as appropriate.

Courts can be used for other aspects of the case. PACT is intended to be quicker and cheaper than the courts. For repair cases, it brings the advantage that the arbitrator can be a surveyor, with professional expertise in buildings, rather than a judge with legal expertise.

Dilapidations cases are sometimes described as a ‘horse trade’. While there is often some trade off in negotiations between surveyors, there are interesting and difficult points of law as well, which solicitors should bear in mind. Tiger provides a helpful review of how the procedure should be followed when analysing wants of repair.