A judge has a wide discretion in relation to costs (CPR 44.2) and an appeal court will not interfere simply because it considers that it would have exercised the discretion differently. As Chadwick LJ explained in Johnsey Estates (1990) Ltd v Secretary of State for the Environment [2001] L&TR 32, that principle ‘requires an appellate court to exercise a degree of self-restraint. It must recognise the advantage which the trial judge enjoys as a result of his “feel” for the case which he has tried’ (also see English v Emery Reimbold & Strick Ltd [2002] EWCA Civ 605). The Court of Appeal revisited the rules on costs in the recent case of South Lodge Flats Ltd v Malik & others [2022] EWCA Civ 411 and upheld the decision at first instance that no order for costs be made on appeal. 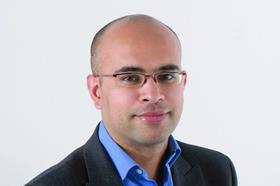 The claimant commenced Part 20 proceedings for possession of a flat which was occupied by the defendants. After nine days of trial, the matter went part heard on 29 January 2020 with the trial listed to resume on 22 June 2020. The defendants made an application for an adjournment, arguing that they were out of the jurisdiction and Covid restrictions meant they could not attend. The defendants also argued that the action was automatically stayed by Practice Direction 51Z. The trial rejected the defendants’ arguments and the defendants’ defence. The counterclaim was subsequently struck out and an order for possession was made. The defendants appealed to the High Court.

In the meantime, the Court of Appeal gave judgment in TFS Stores Ltd v The Designer Retails Outlet Centres (Mansfield) General Partner Ltd [2020] EWCA Civ 833. In that case, the court gave an expansive reading to the scope of PD 51Z and held that, although PD 51Z stated that it applied to ‘proceedings for possession brought under CPR Part 55’, it in fact applied to any proceedings in which there was a claim or counterclaim for possession, whether or not that claim or counterclaim had been initiated under CPR Part 55; and to any proceedings in which an order for possession had been made even if there had been no formal claim for possession. Following the decision in TFS Stores Ltd, the High Court judge, Meade J, granted the defendants’ relief from sanctions in relation to an extension of time for appealing. However, Meade J refused to make a costs order because: ‘It is a unique costs situation piled on top of [a] unique substantive situation. The principle under the CPR that costs should follow the event is a very important one but the appellants have only been successful on terms, and although it is very difficult for me to get into the detail, I am as sure as I can be that a lot of money has been spent [on] the question of whether there was a reasonable excuse. I think it was predictable that that would have to be argued and so I am going to make no order as to the costs of the appeal.’

The Court of Appeal did not hesitate in dismissing the defendants’ appeal. Giving the leading judgment, Lewison LJ (pictured) explained that the general rule was that a judge has a wide discretion on the issue of costs. It was clear that the judge was fully aware of the general rule. The judge’s decision not to make a costs order was, in effect, an exercise of his discretion under CPR 44.2(1)(a) and the extent to which a judge may depart from the general rule was a matter for the judge’s discretion. Lewison LJ found that, although broad brush, the judge in effect balanced the costs of the issues which the defendants won against the issue on which they lost, and that ‘an appeal court should not unpick the balance struck by the judge in granular detail’.

Lewison LJ agreed with the judge’s view that if the defendants’ application for permission to appeal had been launched promptly, then the appeal itself might have been avoided. In addition, the application itself, and the basis on which the judge decided it, was a plea by the appellants for the indulgence of the court in granting relief against sanctions. It was also well recognised that the court has always had the power to require a litigant who has applied for an extension of time or for late performance to pay the costs of the application. That was an element of ‘conduct’ to which the court must have regard under CPR Part 44.2(4)(a) (see also R (Idira) v Secretary of State for the Home Department [2015] EWCA Civ 1187 and Salford Estates (No 2) Ltd v Altomart Ltd [2014] EWCA Civ 1408). 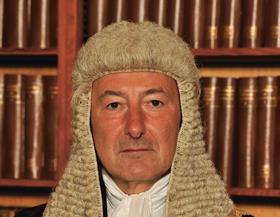 Lewison LJ held: ‘Although the judge’s reasons were very compressed, I do not consider that he erred in principle, took into account matters which should have been left out of account, left out of account matters which should have been taken into account; or reached a conclusion which is so plainly wrong that it can be described as perverse. In my judgment there is a “perfectly rational explanation” for the order that he made. Another judge might have made a different order; and I might have done so myself. But that is beside the point.’

The decision is a helpful reminder of the wide discretion enjoyed by the courts at first instance on the issue of costs and the appellant courts’ reluctance to interfere with that discretion. An appellant court will only interfere in the exceptional circumstances where a judge has erred in principle and taken into account matters which should have been left out and vice versa (Johnsey Estates (1990) Ltd).

Masood Ahmed is an associate professor at the University of Leicester and research fellow on the Vici Affordable Access to Justice project, Erasmus University, Netherlands.